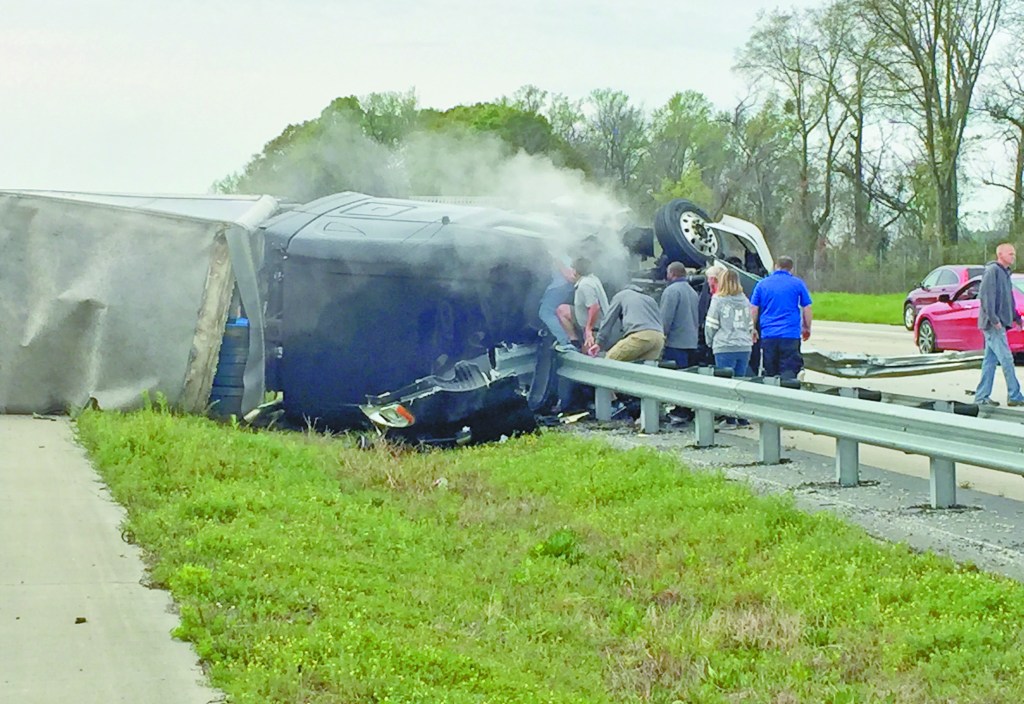 PINEHURST — A wreck on Interstate 75 Friday morning slowed traffic on the interstate and kept first responders busy the afternoon.
According to reports from Trooper Henry Batts of Georgia State Patrol Post 30, the accident occurred at approximately 10:45 a.m. in the northbound lanes of I-75 near Exit 112 in Dooly County.
A Freightlinger tractor trailer from New Hampshire was traveling in the right lane of traffic and a Lincoln Towncar from Illinois was riding in the center lane of traffic. Drivers of both vehicles allege the other veered into their lane of travel. According to Trooper Batts there was no roadway evidence to determine which account of the accident was correct. What could be determined at the scene was the left front of the tractor trailer connected with the right rear of the towncar causing it to lose control.
The driver of the tractor trailer over-corrected and the weight he was hauling shifted causing the vehicle to flip onto the right side. Both vehicles came to rest in the median on the guardrail.
The driver of the tractor trailer was injured and transported by Dooly County EMS to a nearby hospital. His injuries did not appear to be life threatening.
A passenger in the towncar was also injured but said he felt fine and refused treatment at the scene.
Trooper Batts said the accident is under investigation. Responding units included; Georgia State Patrol Post 30, Dooly County Sheriff’s Department, Motor Carrier Compliance Division, Dooly County EMS, and the Georgia Department of Transportation.