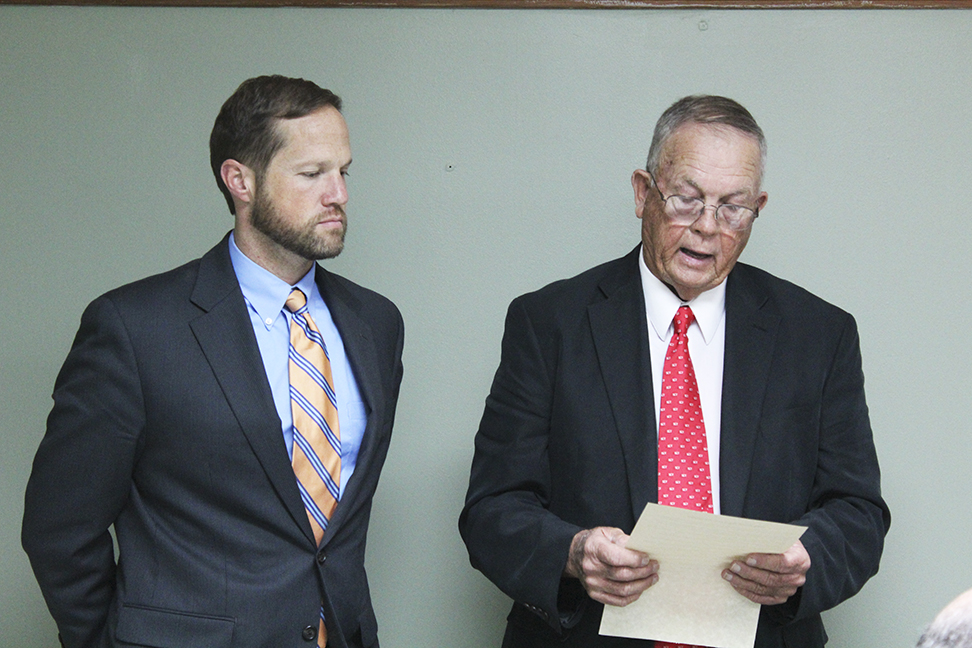 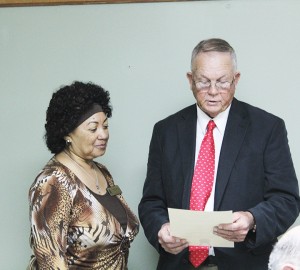 The first of those proclamations was to designate April 10-16 as Crime Victims Awareness Week in the city.
Interim District Attorney Brad Rigby was present for the reading of the proclamation.
“We are committed to serving victims within the community,” said Rigby. “We have increased our support staff. We are there to help victims get through and to see that justice is served.”
Rigby thanked commissioners for issuing the proclamation.
The second proclamation was to designate the week of April 11-15 as the Week of the Young Child.
Laquetta Bivins of Fort Valley Head Start stood by as Wade read the proclamation and thanked the board for acknowledging the observance.
“We will be holding activities in honor of this observance and invite everyone to come and take part,” said Bivins. “The children are our future.”
Ed Vaughn with Cordele Intermodal Service addressed commissioners and offered thanks for their continued support of CIS.
Vaughn informed commissioners that they have 25 new positions and are currently employing 130 people.
“We at CIS certainly appreciate the continued support.”
Vaughn then presented a plaque of appreciation to the board.
Citizen Roy Dale Jr. addressed the board questioning the City’s Charter.
According to Dale the position of the Chair and Vice Chair is supposed to be voted on each year during the first meeting of the year which he said was not done.
City Attorney Tom Cotton advised Dale that the practice was changed to comply with an order issued by a Federal Judge several years ago.
When asked why the change was not reflected in the charter Cotton informed Dale it was on the Commissioners’ “Wish List” to have done but the procedure is very expensive. Just to retain an attorney for the process Cotton said he talked to one whose fee was $30,000. Cotton did inform Dale that he and City Administrator Edward Beach had spoken with a representative at the Carl Vinson Institute at the University of Georgia to see about someone taking on the change as a project.
Cotton reported to the board the firm that handled probation services for the city merged and had been taken over by a group known as CSR probation services. He requested the board approve entering into a new agreement with this group. The motion passed 2-1. Commissioners Wesley Rainey and Jeanee Bartee approved and Commissioner Royce Reeves opposed. Commissioner Vesta Shephard  was absent.
A motion was also approved for a Beer and Wine to be consumed off premises for Eastside Grocery store. The applicants name is Annaya S. Asma. The motion passed 2 to 1 with Rainey and Reeves approving the motion and Bartee opposing.