Judge John Pridgen named 2016 “This is your Life” honoree 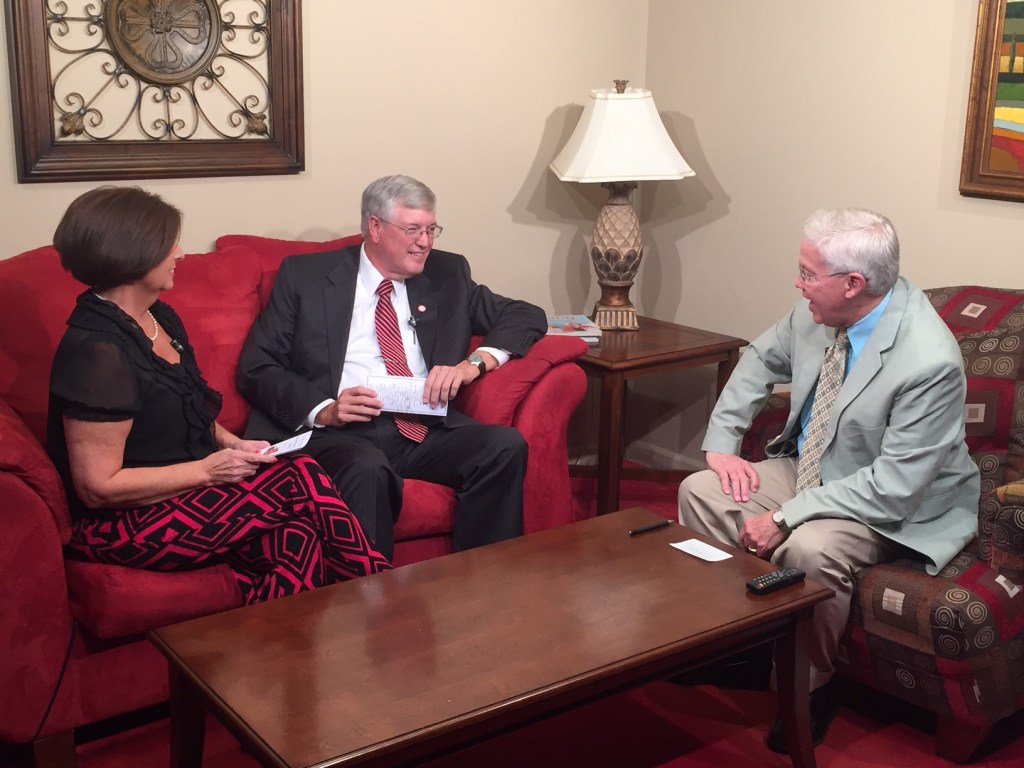 Submitted by Monica Simmons Judge John Pridgen (center) has been named the Cordele-Crisp Chamber of Commerce 2016 This Is Your Life Honoree as part of the annual Watermelon Days festivities. He is pictured with Chamber President Monica Simmons (left) and Phil Streetman of WSST-TV (right) on the station’s Noon Show with Phil.

CORDELE — The Cordele-Crisp Chamber of Commerce & the Watermelon Days Committee announces that Judge John Pridgen has been selected as the 2016 This Is Your Life honoree. The recipient of this prestigious award is selected for going above and beyond the call of duty in service to Crisp County.
The “This Is Your Life” event is scheduled for June 16th at 7:00 pm at the Lake Blackshear Resort. Tickets are $25 dollars and can be purchased at the chamber.
Judge Pridgen has served as a Superior Court Judge in the Cordele Judicial Circuit since 1999 and as Chief Judge of the Circuit since 2005. He began practicing law with the firm of Davis, Pridgen & Jones in 1976. He was elected as District Attorney for the Cordele Judicial Circuit in 1986 and served in that capacity until his appointment to the Superior Court bench by Governor Roy Barnes in 1999. Judge Pridgen has previously served as President of the District Attorneys Association of Georgia, as Chairman of the Prosecuting Attorneys Council of Georgia, and as President of the Council of Superior Court Judges for the State of Georgia. He has also served on numerous committees of the Council of Superior Court Judges and also on the Georgia Supreme Court Technology Commission.
Judge Pridgen has also been very active in the community volunteering in his church, the Touchdown & Dugout Clubs, Cordele Little League and a variety of other organizations for many years.
Born in Macon, Georgia, Judge Pridgen grew up in Cordele, Georgia. He graduated from the University of Georgia with a B.B.A. degree in 1972 and received his Juris Doctor from the University of Georgia School of Law in 1975. He is a member of the First United Methodist Church in Cordele. He and his wife, Jan, have been married for over 40 years. They have three children and five grandchildren.
Monica Simmons, President of the Cordele-Crisp Chamber of Commerce stated “that Judge Pridgen is very deserving of this recognition and we look forward to ‘toasting” him on June 16th.

Thursday is National Day of Prayer