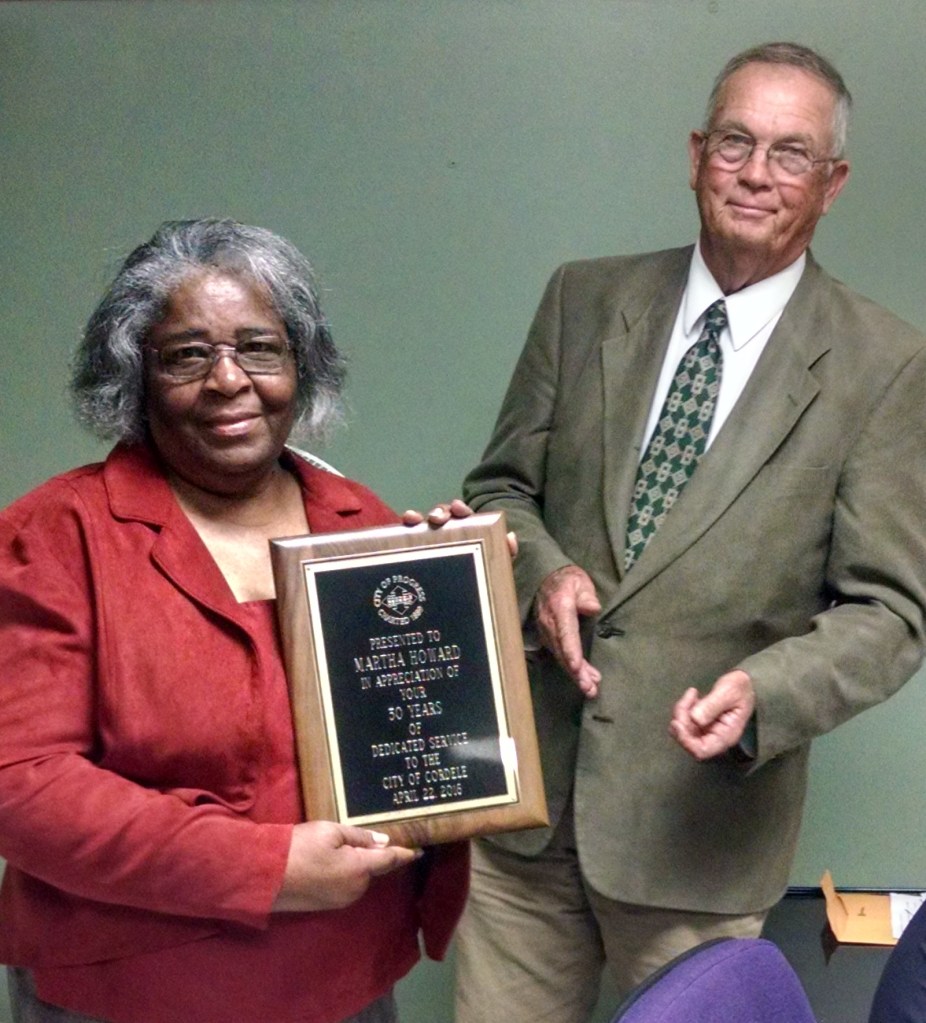 CORDELE — During their regular meeting held Tuesday night, city commissioners honored two employees with 50 years of service to the community.
If you have ever stopped by or phoned the Cordele Police Department then chances are you have run across Mrs. Martha Howard, who has spent the last 5 decades working at the desk for the department.
Chairman Zack Wade presented Howard with a plaque from the commission to show appreciation of her years of service. 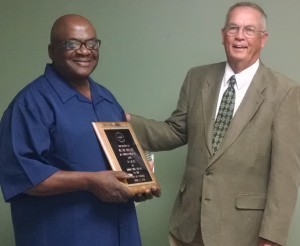 Over the last 50 years Jessie Mercer has worked with the Public Works Department for the city and serves as the Cemeteries and Parks Superintendent. Wade also presented him with a plaque from the commission in honor of his long-time service to the City of Cordele.
Wade also read a proclamation to designating National Travel and Tourism Week. Monica Simmons, president of the Cordele-Crisp Chamber of Commerce, was present as the proclamation was read. She was presented with a copy of the proclamation by the commission.
City Manager Edward Beach updated commissioners on a couple of ongoing projects. In regards to the sidewalks on 8th, 10th and 13th Streets south of 24th Avenue Beach informed commissioners the right of way acquisition has begun and that eight properties had already been procured. As for the sidewalks on Pecan the Ecological and Archeology Survey was submitted to the Georgia Department of Transportation but has been sent back for more revisions to  be made. Beach advised it was the seventh time that documents have been sent back for revisions. 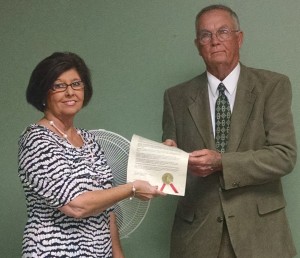 During his action report to the board Beach submitted several items for their approval. The first of those was an application for Beer Only to be Consumed off Premises submitted by Sunil R. Patel for Morningside Supermarket, located at 513 5th Avenue East, Suite A. The application was approved by Interim Police Chief Green. The board approved the application by a vote of 3-1. Commissioner Jeanie Bartee was the only commissioner who voted against the motion.
Commissioners also approved the 2012-2017 Special Local Option Sales Tax (SPLOST) expenditure for police car. This will be for the purchase of camera systems, radar systems, lights and siren packages for new police cars. The total on the bids is $52,595.40.
Also on the agenda commissioners unanimously approved the appointment of Mrs. Ruby Jackson to the Crisp County Board of Health. She will represent the city on that board.
Commissioner Royce Reeves was also approved by commissioners to serve as the voting delegate for the city at the Georgia Municipal Association’s Annual Membership Business Meeting.