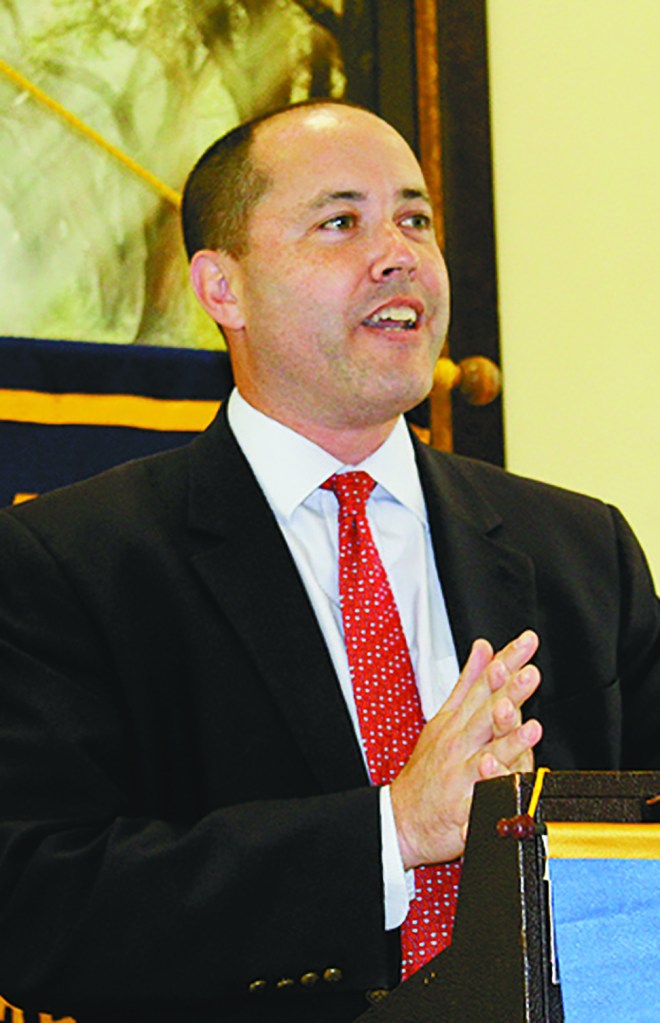 CORDELE — The Cordele Rotary Club hosted a special guest during their regular meeting held Wednesday. Chris Carr, Commissioner of the Georgia Department of Economic Development, addressed a packed assembly of Rotarians and guests to talk about the importance of Economic Development.
“Governor Deal has tasked us to bring jobs and investment to the state,” he said. “Georgia has been named the #1 state in the nation to do business for the last three years. The communities feel welcoming and Georgia is genuinely friendly and that is not the case in other states.”
Carr said Governor Deal and the General Assembly are pro-business which makes up part of Georgia’s DNA.
Carr spoke about Global Commerce and about the state efforts in new business recruitment.
“We are always trying to find the next industry to locate here,” he said.
He said those efforts have helped bring 511,000 jobs to the State of Georgia since 2011. He said Georgia is on the map with people looking to locate here.
“We recruit both domestic and international,” said Carr. “We try to identify companies to locate to Georgia.”
Carr also stressed the importance of tourism, which he said brings in approximately $58 billion a year to the state. Agri tourism is especially huge around the state with so many farming communities.
The Georgia Film Academy and Georgia Council of the Arts are also generate a lot of revenue for the state, with both movies and television series being filmed in the state.
Carr also talked about things that have an impact on economic development such as the poverty level. He said the key is education and that students need to start learning earlier in regards to career options.
Criminal justice reform is also important.
Carr made himself available for questions following his address.