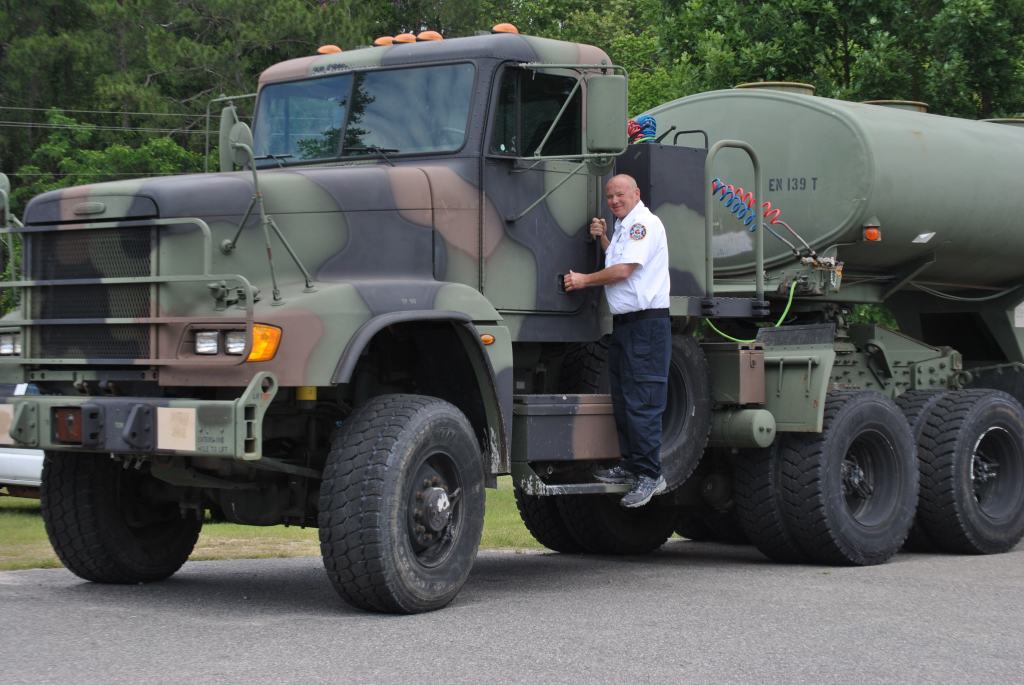 CORDELE — Crisp County Fire Chief Jonathan Windham announced Monday that the department recently obtained new equipment with the assistance of the Georgia Forestry Commission.
“We recently got two new pieces of equipment,” said Windham. “A 6,000 gallon water tanker and a M9 Military semi to pull the tanker.”
Windham said the total value of the two pieces is around $200,000. With the assistance of the Georgia Forestry Commission they were able to purchase the equipment for a mere $100 each. According to Windham the semi only has just over 8,000 miles on the odometer. He said he has seen similar vehicles with much higher mileage being sold for a lot more money.
“We were very fortunate to obtain this equipment,” he said. “The vehicle and tanker were both military surplus. The Forestry Commission has a deal through the military. The equipment is actually donated to us by the military, the money paid goes to the Forestry Commission for administrative fees and filing the paperwork on our behalf.”
Windham said, although he loves the camouflage color of the truck and tanker, it is required that both pieces be painted red. He says after it is painted it will go into service and one year from that time it will officially be the property of Crisp County Fire and Rescue.
Windham said the new equipment will be very beneficial to the county. He also said it would be of great assistance with the county’s ISO Rating (Insurance Service Office).
“We went to Frankfurt, Kentucky to pick up the semi and then down to Cape Canaveral, Florida for the tanker,” he said. “It was a busy week.”