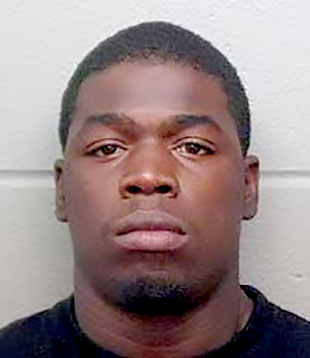 CORDELE — The District Attorney’s Office submitted the following press release over the weekend.

On Friday, May 13, Rontavious Dominic Towns “Mak90,” leader of the Cordele division of the Rollin 20s (20 Gang), a division of the Bloods Street Gang, pled guilty in the Superior Court of Crisp County before Judge Chris Hughes. Towns pled guilty to the offenses of Conspiracy to Commit Murder and two counts of a violation of the Street Gang Terrorism Act, as a leader of the gang and as a member, for his role in orchestrating the September 11, 2014 death of Jasperin “Baby J” Armstrong. Hughes sentenced Towns to 20 years in prison and an additional 10 years on probation.

On the evening of September 11, the 20 Gang, including Towns, Shaquille Jackson, Kelvy Henton, and Roquel Chavers met at a housing project on 24th Avenue. Armstrong was captured on video as he got into the vehicle with Chavers. Armstrong’s body was found on the side of Ferry Landing Road the next morning by a nearby resident, dead from a gunshot wound.

Chavers was previously tried and convicted for the murder of Armstrong and received a life without parole sentence. Brad Rigby, District Attorney for the Cordele Judicial Circuit, expresses his appreciation for the efforts of Sheriff Billy Hancock, Investigator Jennifer Kelley, and the other investigators with the Crisp County Sheriff’s Office, as well as the GBI Region 3 Office out of Americus, for their professional efforts in the investigation and prosecution of the case.