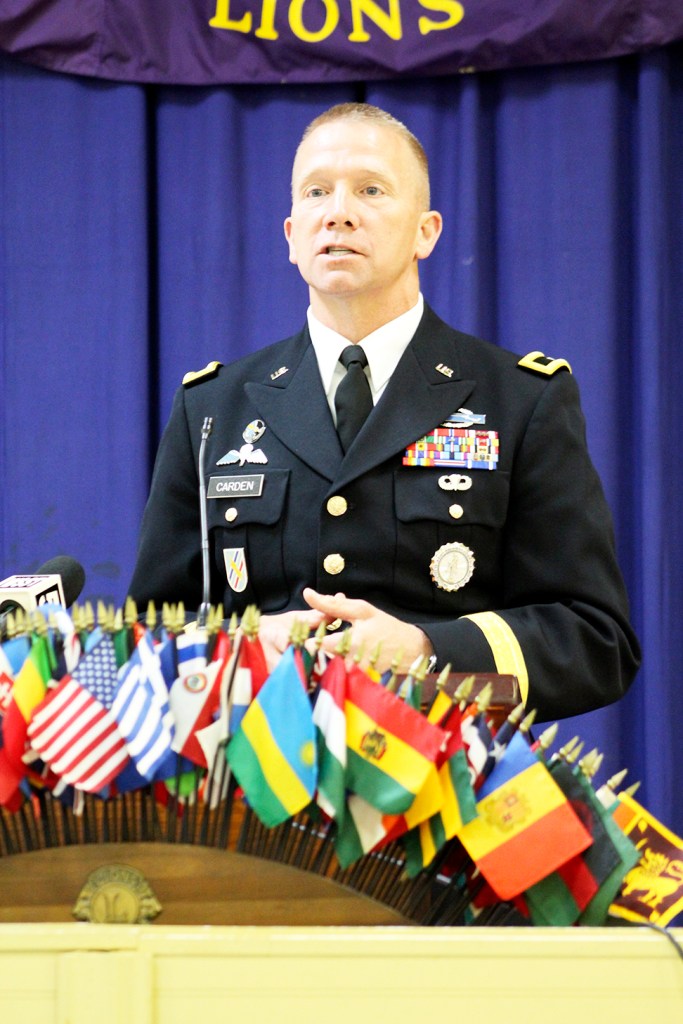 CORDELE — Members of the Cordele Lions Club welcomed a very special guest Tuesday. Lion Buddy Harden, program chair for the month of May, introduced Brigadier General Thomas Carden , Adjutant General of the Georgia Army National Guard. Gen Carden enlisted in the ARG as an infantryman in 1986.

He talked with Lions about the role of the National Guard’s men and women in the new modern military.

The National Guard brings in $479 million in federal funds to the State of Georgia. The state only funds the guard $9.5 million. Approximately $731 million in drug related seizures. The Guard has a unit based in 55 of Georgia’s counties.

The National Guard also assists local Emergency Management Agencies in times of disaster such as during Crisp County’s flood of 1994.

Since 9/11/2001 the Guard has deployed 18,000 Georgia Guardsman.
Carden informed the club that anyone wanting to support the Guard can participate in the “Hire our Heroes” program which is an employment assistance team that has helped over 650 Guardsmen find full time employment since August 2012.