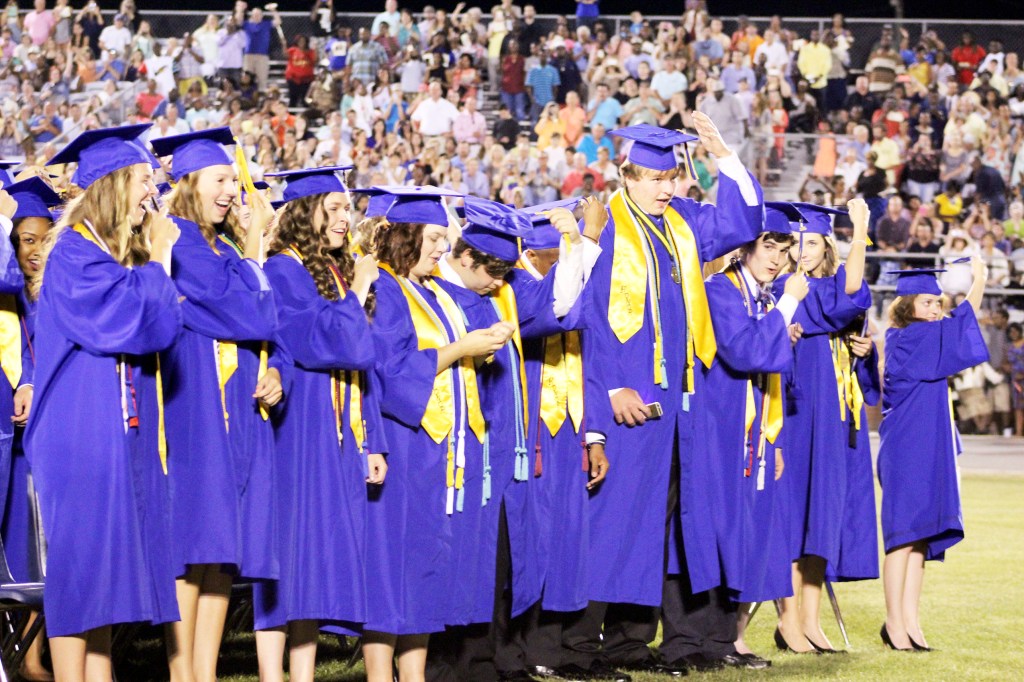 Becky Crissman/Cordele Dispatch Members of the Crisp County High School Class of 2016 turn their tassels in unison during graduation exercises held on Friday night in the Cougar Den.

CORDELE — The Cougar Den was packed Friday night as members of the Crisp County High School Class of 2016 a graduation record for their alma mater. 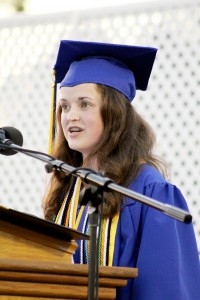 Keidra Sinay Clark and Anne-Maria Baylee Poole sang the National Anthem before joining their fellow graduates. The 233 members of the graduating class marched in pairs onto the field to the traditional “Pomp and Circumstance.”

Aric Michael Butler sang the school’s alma mater which was followed by an invocation given by Lenoris Brown. Jordan Hope Farmer of the senior committee welcomed those in attendance of the ceremony. The senior address “Striving for the Best” was given by Divya Patel.

“With every climb, there will be some high points and some low points,” she said. “We have all traveled down these kinds of trails many times over the past years, but throughout all of these times,there was one thing that remained constant. The teachers and staff members at Crisp County High School were always there for us. They were like our guides showing us where to step and giving us guidance and directions throughout the years.”

Walker shared many memories she had experienced with her fellow graduates such as staying up late for Cougar Football, cheering on the baseball team, tailgating, hard tests and tough teachers.

“Throughout our high school years, each and every one of you has played an important role in creating a memorable adventure,” she said. “Each face reminds me of something that happened along the way.”

Ain’t about how fast I get there. Ain’t about what’s waitin’ on the other side.

It’s the climb, Keep on movin’ Keep climbin’ keep the faith. It’s all about the climb.”

She ended by congratulating her fellow graduates.

In her valedictory address, Caroline Harpe, who has spent much of her time from childhood to 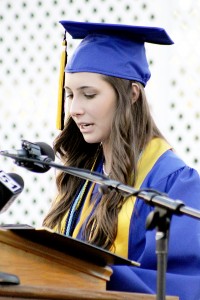 graduation on the stage, talked about “The Greatest Production: Life” in celebration of the “change in the stage of life for Crisp County High’s Class of 2016.”

Harpe quoted famous playwright William Shakespeare who said: “All the world’s a stage and all the men and women merely players; They have their exits and their entrances, and one man in his time plays many parts, his acts being seven stages.”

“Looking broadly,” said Harpe. “Life should be an attempt at producing a spectacular performance. With my own personal experience on stage I know that it is all about leaving the crowd wanting more. In everything each of us has accomplished and experienced over the years of our lives, I believe it would be safe to say that we have put on quite a show, but rest assured that this graduation is not the end.”

Harpe said the unique thing about the production of life is that it is not filled with simple one climax or one falling action, but life is filled up with all types of experiences that affect the show, graduation being one of the climaxes.

“I ask that no matter what is next for you whether it be college, the military or the work force, that you would continue your personal performance of life with an optimistic outlook,” she said. “Embrace the scene changes with open arms and know that change is all a part of the production. And after all, the more props and back drops makes the show all the more interesting.”

As the final graduate crossed the stage Kimberlyn Thomas led her fellow graduates as they turned their tassels together signifying their graduation.

Grant Pheil gave an invocation. CCHS staff lined the way to congratulate graduates as the processional left the field.