CORDELE –From the time they are old enough to walk…… That is when it all begins: throwing, hitting and catching. Nearly every kid in the country goes through this stage and countless more go on to play organized ball whether it is recreation ball, Little League or travel ball. Most boys play at least a little at some point and many stick with it and make it to the high school ranks. After that the numbers drop from millions down to thousands. There are those who make it on to the college level, but then it gets a lot harder to play. 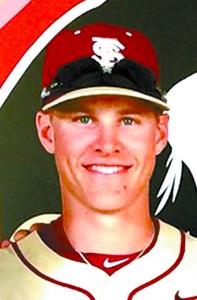 Suddenly you are a grown man. If you are lucky you will find yourself faced with the decision to try to be a pro or go to work. All parents that have ever raised ball players will say without reservation, “they grow up too fast.” In the United States of America we love sports. No, we adore sports. It is nearly a religion of it’s very own. After all, baseball is the national pastime.

Taylor Walls, a sophomore sensation at Florida State has been selected as only the 3rd shortstop in the university’s history to be chosen in the NCAA. Davis Adkins the phenomenal pitcher for the Gwinnet Grizzlies this year, who went 14-0 with a 1.88 ERA, has also been selected as a senior in the NAIA.

It should be noted that no pitcher in any division of college baseball, be it Division I, II, or III or Junior college or NCAA has more wins than Adkins. He leads the entire nation in this category.

Robert Tyler and Will Jones were also in contention for all American honors as well. “I am truly humble and thankful to all my old coaches and teammates that helped me get here to this point,” said Adkins. “Getting an All American status was always a personal goal of mine and I am just truly grateful to everyone for their help and support.” 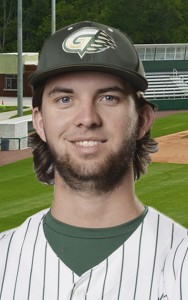 “I feel truly blessed,” he said. “This is not something I had aspired to achieve, I mean I didn’t give it much thought but I am truly thankful.”

Walls so far this year is batting .367 with 6 homeruns and is in the top 5 of 7 major offensive categories.

This is an awesome honor for these two to be selected out of the thousands of college players nationwide.

“I am so very proud of these two, they didn’t waste God’s gift,” said Cougar Baseball Coach Bill Pate who both young men played for in high school. “They worked very hard to put themselves into a position to receive this honor.”