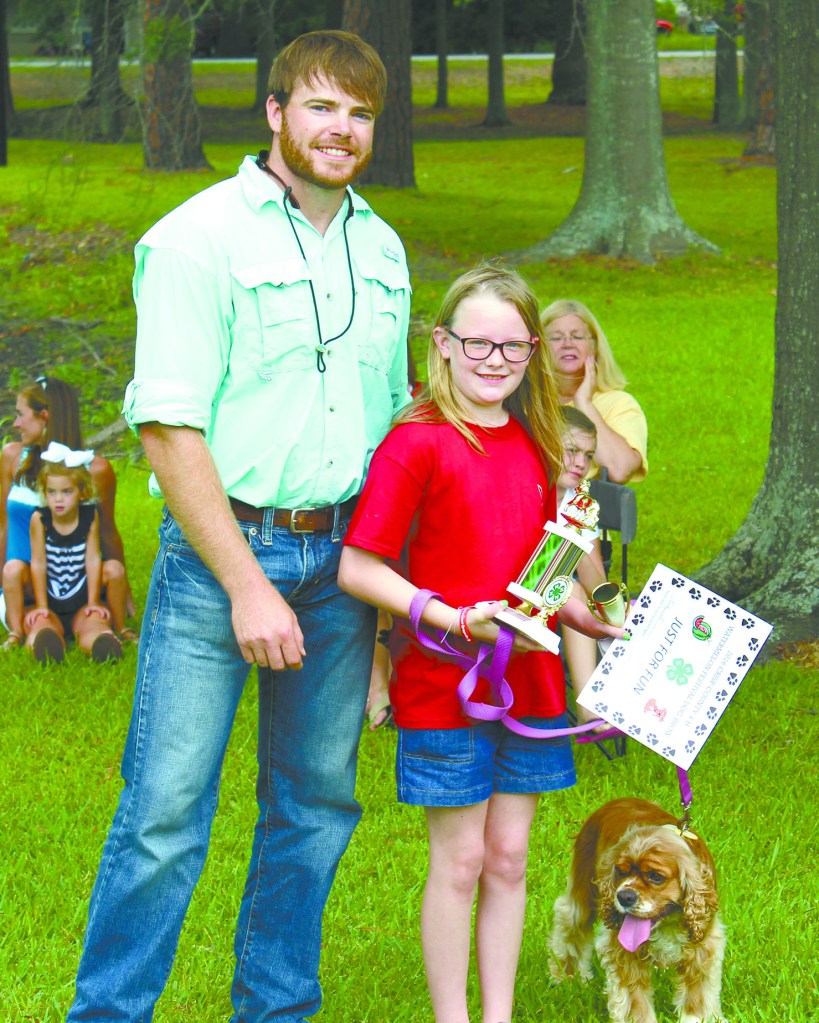 CORDELE — Some of the city’s four-legged and furry citizens turned up to strut their stuff at the annual Crisp County 4-H Dog Show.

Other participants included Marisa Taylor and “Sugar,” Ally Bodrey and “Cornellius” and Skylar Brevard and “Chicka.”

Each contestant is awarded a special prize based on what the judges feel like are their best tributes.

Ally Bodrey and “Cornelius” — Most Playful.