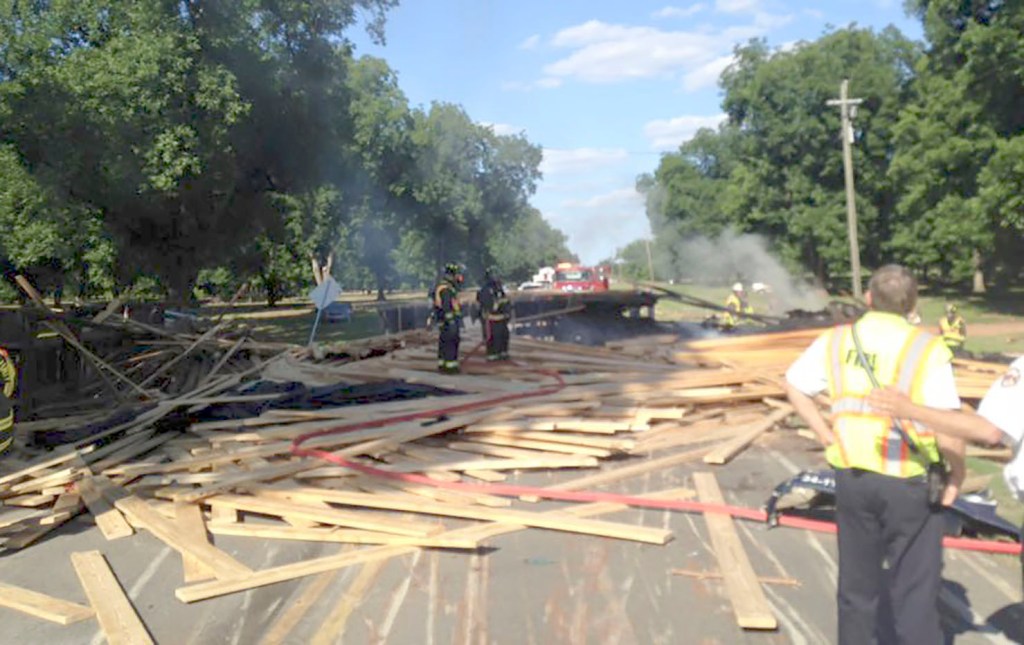 The above photograph, taken from the Crisp County Sheriff’s Office Facebook page, shows the aftermath of a three-vehicle accident that ended with one fatality Monday afternoon.

COBB — A three-vehicle traffic crash resulted in the death of a local truck driver Monday afternoon in eastern Sumter County.

According to the Georgia State Patrol Post 10, (GSP) Americus, which investigated, they were notified at 5:23 p.m. and responded to the intersection of Ga. Highway 3 (U.S. Highway 280 East) and Lamar Road.

The GSP’s narrative is as follows.

A Kia Forte, driven by A’dai’sha C. Walker, 20, of Americus, attempted to turn left from Lamar Road onto 280, and collided with a tractor-trailer truck (Pine Oak Products of Ellaville), driven by James Scott Layfield, 39, of Ideal, which was eastbound.

After the collision, the tractor-trailer crossed the center line and struck another tractor-trailer (R&S Transportation of Pleasant View, Tenn.) driven by Christopher Lance White, 39, of Americus, which was westbound. The westbound truck lost its load of lumber and burst into flames upon impact. The driver was trapped inside the burning vehicle and was dead at the scene.

The GSP said two investigators from SCRT (specialized collision reconstruction team) were called to the scene. Both lanes of 280 were closed for several hours.

Ekaitis said his personnel finished cleaning up the site after 2 a.m. Tuesday.

As of Tuesday mid-morning, no charges had been made in the crash. There were no other injuries. The accident was still under investigation.