Units respond to fire at the Retreat 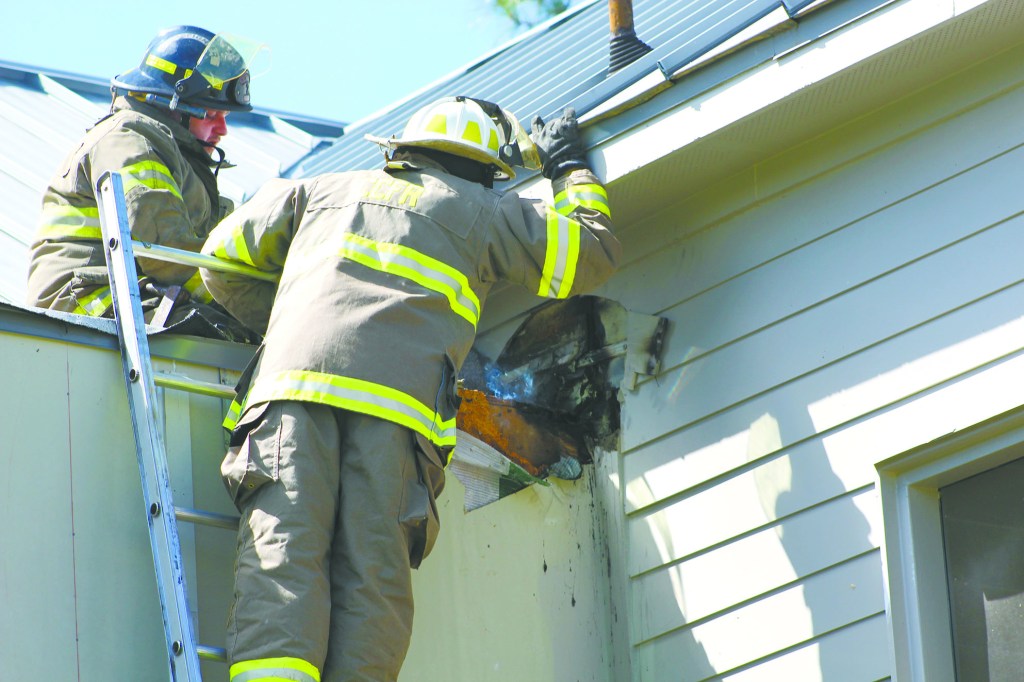 Joe Joe Wright/Cordele Dispatch Firefighters with Crisp County Fire and Rescue responded to a situation at the Resort at Lake Blackshear Monday afternoon.

CORDELE — At approximately 3:40 p.m. on Monday officials with Crisp County Fire and Rescue were dispatched to the Retreat at Lake Blackshear in regards to smoke coming from one of the hotel units there.

Upon arrival at the scene, State Law Enforcement personnel who were checking into the retreat at the time of the incident met Crisp County Fire and Rescue. The group had grabbed their own fire extinguishers and sprang into action until local units arrived. Fireman broke through the roof at the eve and was able to extinguish the fire inside the wall.

“As best we can determine the fire was started by the welding on the roof that had taken place earlier in the day,” said Crisp County Fire Chief Jonathan Windham. Units from the Crisp County Sheriff’s Office, Georgia State Patrol, Crisp County EMS, Crisp County Power and Crisp Fire and Rescue all responded to the incident.