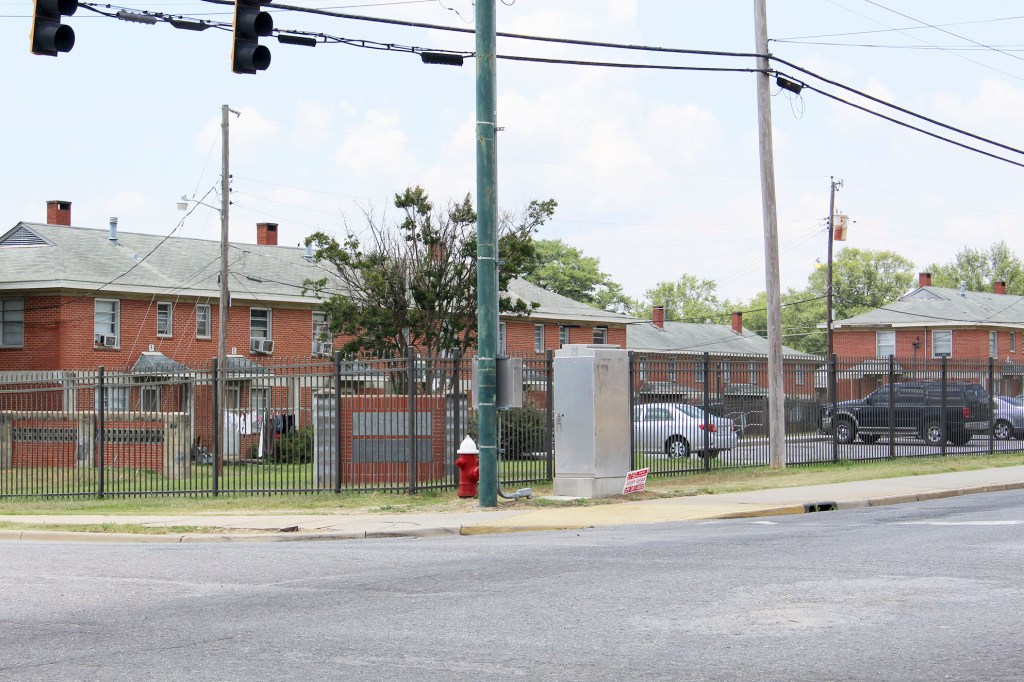 Photo By Joe Joe Wright/Cordele Dispatch Sunset Homes was the scene of a Monday night brawl with one fatality and three other injuries.

CORDELE — A late night melee involving multiple persons at a local housing project resulted in a man being stabbed to death and three others wounded.

Officers arrived at the scene where a crowd was gathered. Montavious Evans, age 27, was found with a severe stab wound. Evans, along with three others, was transported by EMS to Crisp Regional Hospital where he later succumbed to his injuries.

As of Tuesday morning there has been no update on the condition of the other three victims. The Cordele Police Department has called on the Georgia Bureau of Investigation to assist, but at this time no arrests have been made in the case. Police are interviewing witnesses and have asked that anyone with any information contact the department at (229) 276-2921.