Mother of stabbing victim speaks out 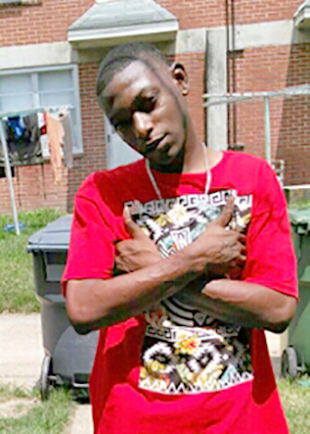 CORDELE — Following the stabbing death of her son Monday night, a mother speaks out of the devastation her family has suffered through such a tremendous loss.

“He loved to laugh, joke and have a good time,” she said. “He was a good boy. He would help anyone who needed it. He loved his family and at the family cookouts he always handled the grill. He was a homebody. If he wasn’t home, he was off with his daughter”

One of six siblings, Montavious was the second oldest son of five boys and one girl. The youngest being his 7-year old sister who Lattimore said was heartbroken by the loss of her big brother.

“His nickname for her was Muffin,” said Lattimore. “Montavious was the only person allowed to call her that. She said she is sad that she won’t get to hear him call her Muffin again.”

Lattimore said her children were close and that the younger of the boys says he will miss the times he and Montavious went fishing together.

“The younger children aren’t talking much,” she said. “But they are really hurting. We all are.”

Evans was the father of a 3-year old daughter but was also raising another child, a boy, just like his own since he was three months old. Now at the age of seven, Lattimore says the youngster is taking the situation very hard. While the little one is too young to understand fully what is going on she too feels the absence of her father and has asked about him.

Although his stepfather, William Lattimore came to Montavious later in life, at the age of 17, he says the young man never showed him anything but respect.

“We had a pretty good relationship,” he said. “He just wanted to make sure I would be good to his mother. This is such a tragedy, but I hope it may serve as a wake up the young people of today. Stop all this senseless violence. Get yourself in church, give your life over to God. Go out and make something of yourself.”

Lattimore says that she feels the same.

“I do not want my son’s death to be in vain,” she said. “I want the young people out there to take a look at what has happened, at all the lives affected by this and make some changes. Make something of yourselves.”

Lattimore says that in her heart she knows she must find a way to forgive the man that took away a son, a brother, a father, a friend from his family and the people who loved him,

“I just want to know why,” she said. “My son was there trying to do the right thing. He was trying to stop the fight. Now his life is over. God will help us through it but we will never get over it. Montavious will forever be in our hearts.”

One arrest made in stabbing incident