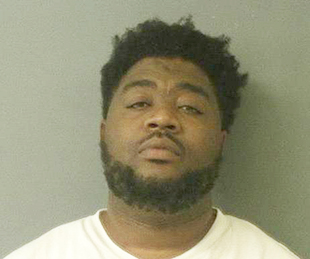 DOOLY COUNTY — On July 7, 2016 at approximately 2:50 pm, a Deputy with the Dooly County Sheriff’s Office was working Traffic on Interstate 75 in the area of Mile Marker 123 near the Dooly/Houston County Line, when the Deputy observed a Grey Chevrolet Equinox traveling south bound at a high rate of speed.  The Deputy then check the vehicle for its speed using Lidar and the vehicle was determined to be traveling 81 miles per hour in a 70 mile per hour zone at the time.  The Deputy then pursued the vehicle for its speed and the vehicle had not slowed down in that it was still passing the flow of traffic. 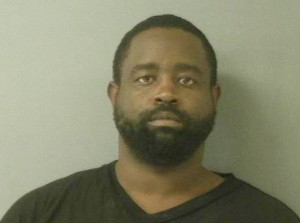 During the traffic stop the Deputy detected as strong odor of burnt marijuana coming from the vehicle.  The Deputy requested the Driver’s License from the driver and he was identified as Carlos Breyon Owens, 32 years old, from Jacksonville, Florida.  The Driver was also asked who the owner of the vehicle was.  Owens replied it was rental and they did not have the rental agreement.  Owens was asked who rented the vehicle and all he could remember was their first name.  Owens was only able to supply limited information on the renter and the vehicle.  Owens had become very nervous at this point.

The Deputy then went to speak with the passenger.  The passenger was identified as Derrick Deon Stephens, 38 years old, also from Jacksonville, Florida.  Stephens was able to give the name of Frankie Timmons as the person who rented the vehicle they were traveling.  Stephens was asked to exit the vehicle and step to the rear with Owens, which at that time he became extremely nervous.

Owens and Stephens were advised by the Deputy that he was fixing to conduct a Probable Cause search of the vehicle.  During this search both Owens and Stephens’ nervousness continued to grow and to the point, that Stephens started demanding his bag out of the rear cargo area of the vehicle.  When Deputies searched the cargo area in the spare tire region, a heat sealed bag was located with a quantity of compressed white powder being suspected Cocaine was located.

Both Owens and Stephens were then placed under arrest and read their rights.  They were transported to the Dooly County Jail.  They both are being charged with Trafficking Cocaine and Owens is also charged with Speeding and Failure to Maintain Lane.

Upon arrival at the Dooly County Justice Center the package was weighed and the weight was approximately 2.2 pounds (1 Kilo).