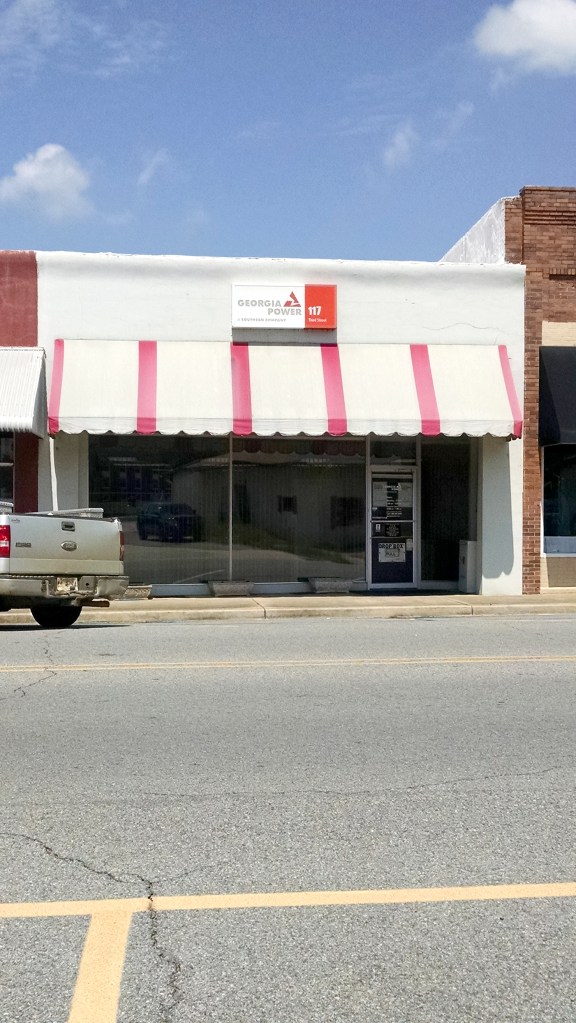 Becky Crissman/Cordele Dispatch The Vienna office of Georgia Power, located at 117 3rd Street will be among the offices closing in October.

VIENNA — Georgia Power Manager Mike Roper announced Thursday the Vienna office will be among 104 offices to be closed by the company later this year.

The official closing date will be October 20, 2016. The closing will be permanent, and will leave only 27 Georgia Power offices open around the state.

“It is not just offices in small towns,” said Roper. “A lot of much larger offices are closing as well. It was a difficult decision but they feel it is in the best interest of the company.”

The first question on the minds of customers around the state will be “How will I pay my bill?” Roper says not to worry, there will be payment facilities where customers can pay their monthly bills.

“Wal-Mart is one of those type facilities, as well as, The Pilot here in Vienna,” said Roper. “More payment facilities will be announced at a later date. The 1-800 number will still be open 24/7, even on holidays”

Roper said he will still be a local resource, mostly working from home and out of his truck. He says there will be a reduction in work force. The company has already been under a hiring freeze for some time. There will still be bucket truck service in the area as well.

“Really, you should not see much change except when it comes to where you pay your bill.”

Roper says he is available to answer any questions.”