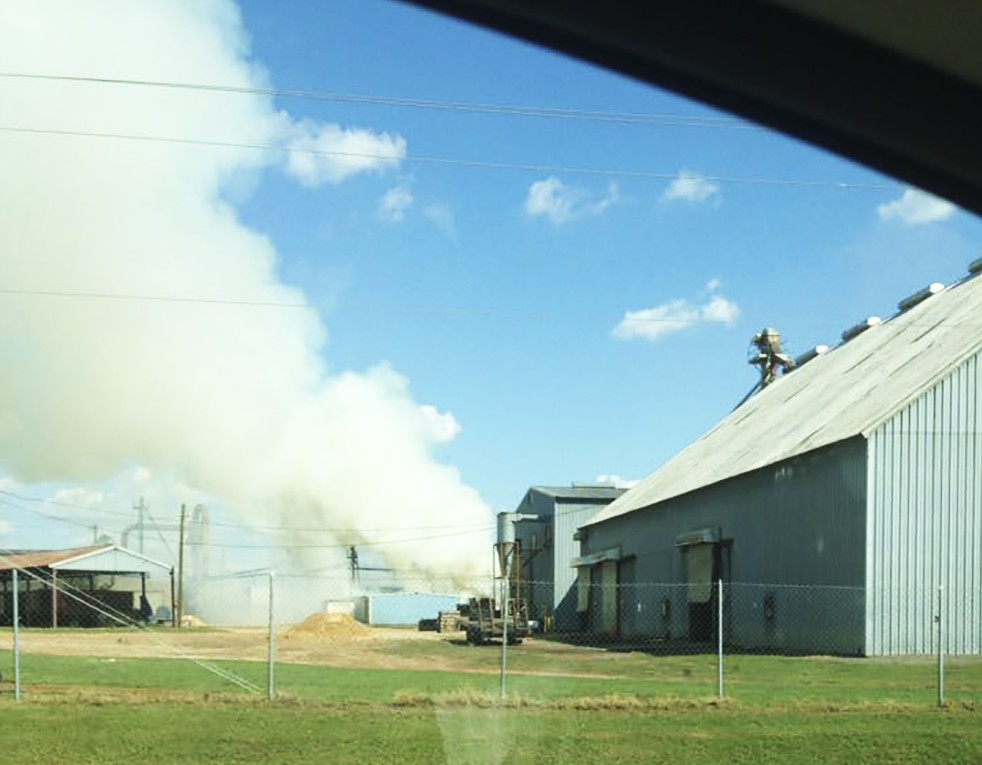 Photo courtesy of Facebook.com A Dispatch reader posted this picture to social media of the fire at GFA Peanut Company over the weekend.

Windham said a trackhoe was brought in to spread the pile of hulls to make sure it was watered thoroughly.

Unfortunately the pile sparked again on Sunday and firefighters returned to the scene at approximately 3 p.m. This time with five trucks to assist due to the flames being greater and damaging two roofs on buildings. Firefighters remained on the scene for approximately six hours.

Windham said the cause of the fire was heat from the decomposition of the peanut hulls.