Traffic stop leads to major bust on I-75 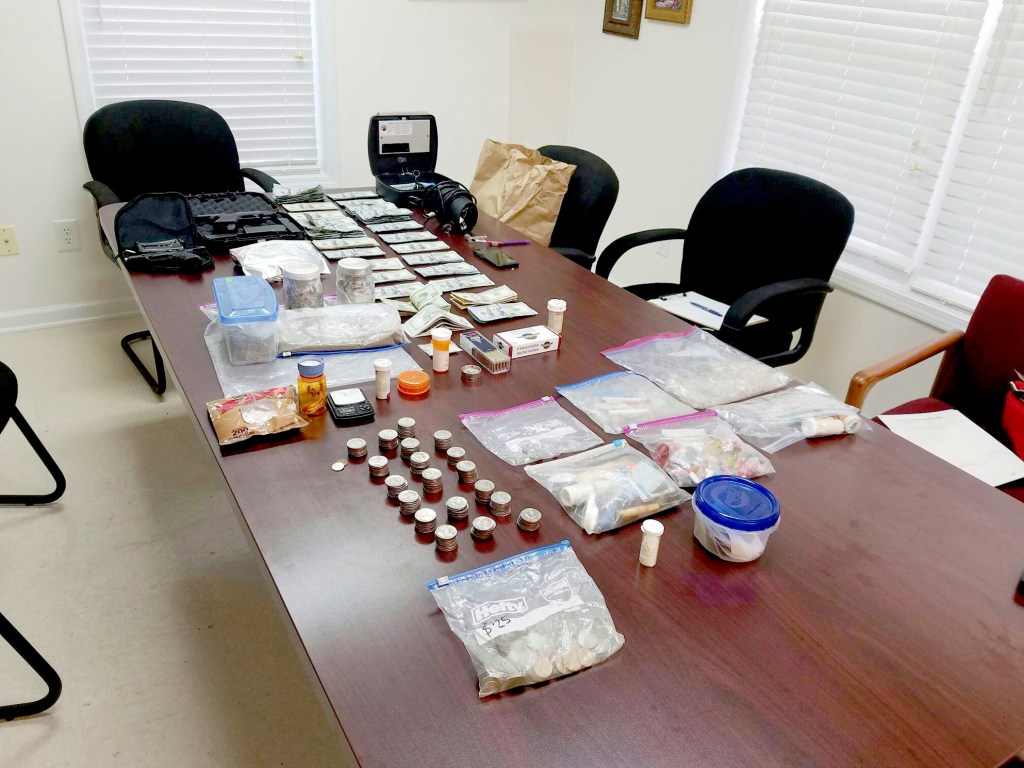 CORDELE — According to reports from Sheriff Billy Hancock, on Wednesday, July 27 at approximately 3:00 PM, Deputy Kenny Purvis stopped a 1999 Silver Honda for speeding on Interstate 75.

The violator was traveling 89 mph heading southbound on the interstate through Crisp County. Purvis initiated a traffic stop and approached the driver’s side of the vehicle. Upon contact with the occupants, Purvis immediately detected the odor of burnt marijuana.

The driver confirmed Deputy Purvis’ suspicion and admitted to having smoked marijuana about an hour before entering Crisp County. At that time Purvis requested assistance so that he could search the vehicle. Once backup arrived a search of the vehicle was conducted. Deputies located marijuana and an assortment of pills in the console of the vehicle. Deputies also discovered a backpack in the front passenger side floorboard, which contained empty capsules and 10-12 grams of suspected cocaine.

The suspect, 21-year old, Daniel Robert Stahlschmidt of Sarasota, Florida was arrested and transported to the Crisp County Detention Center. The vehicle was towed to the Crisp County Sheriff’s Office for further investigation. Once a search warrant was obtained for the vehicle a more extensive search was conducted. Investigators located a loaded Ruger, 22 semi-automatic Pistol and a 9mm Glock Pistol the vehicle’s trunk. Also discovered in the trunk was a suitcase that contained psilocybin, approximately a pound of marijuana, various pills, scales and a safe containing cash in the amount of $20,877.97. Stahlschmidt is being held in the Crisp County Detention Center. He faces multiple felony drug offenses pending further investigation.