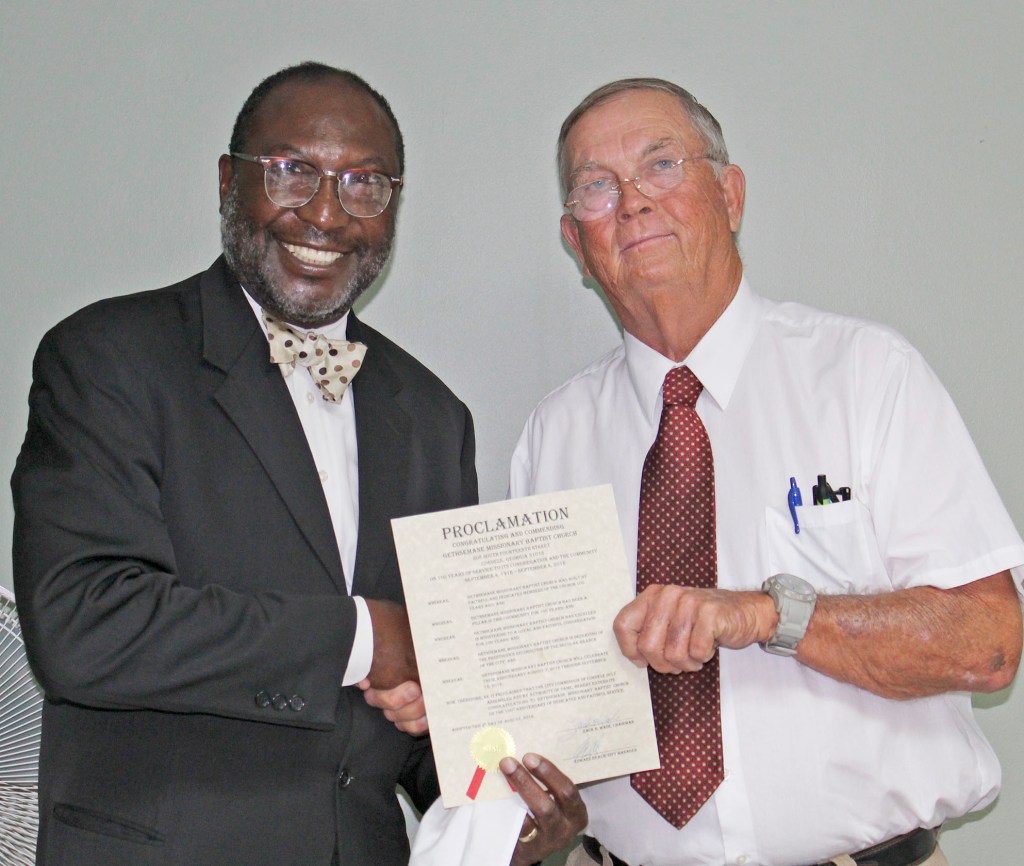 CORDELE — City Commissioners here issued a proclamation in celebration of the 100th Anniversary of Gethsemane Missionary Baptist Church. Several members of the congregation attended Tuesday night’s meeting to hear the reading of the proclamation by Commission Chairman Zack Wade. Church pastor, Rev. L.D. Cobb provided an invocation at the beginning of the meeting before the commission unanimously approved the proclamation. The church will be hosting a series of events to honor the church’s century of service and to look forward to the future and many more years sharing God’s word with the people of Cordele.

Following the proclamation commissioners moved into their business items for the night.

During his report, City Manager Edward Beach announced the appointment of Robert Rodriguez of Moultrie as the city’s new Chief of Police. Rodriguez will begin his tenure on September 1. (see press release at top of page).

Beach submitted several items for the boards approval. The first of those was RSVP Incentive Package items for Downtown Revitalization. These items were recommended by the RSVP Team. The incentives will be to encourage business to locate or relocate to the downtown area. Some incentives include waive building permit fees, and water/sewer and gas tap fees for new construction only within the downtown area. The board unanimously approved the incentives package.

Beach submitted a list of items to commissioners from the Waterwater Treatment Plant to be declared surplus. The items were approved and will be placed on GoveDeals website to obtain bids.