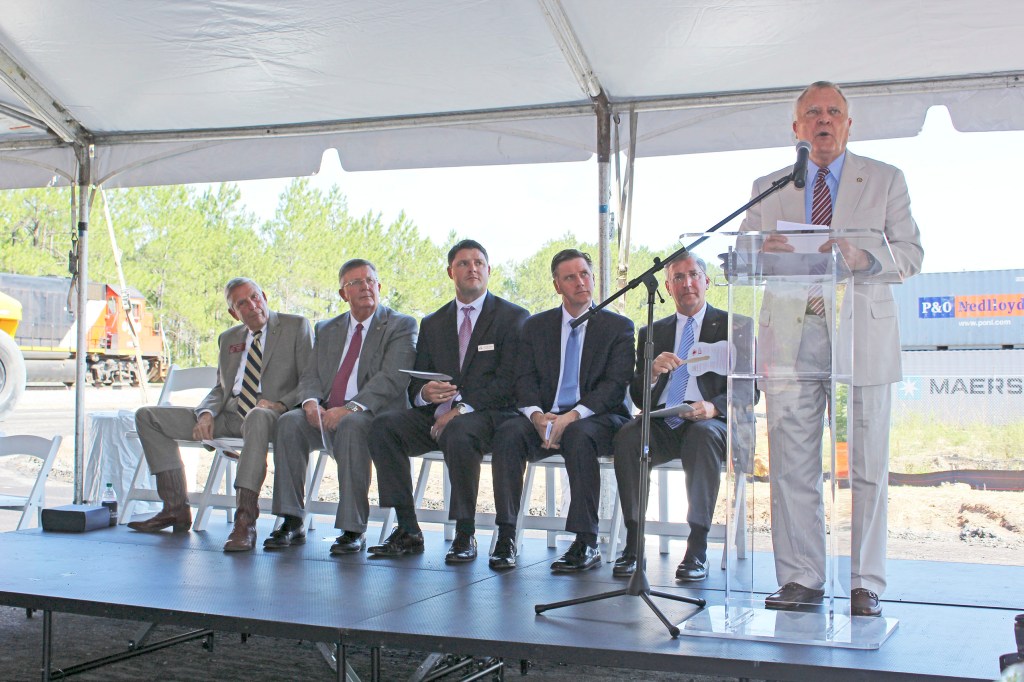 “Kia has been a remarkably successful economic driver for West Point and Georgia’s inland terminals provide a new efficient way for companies to transport goods throughout the state,” said Deal. “This partnership and use of the inland port will reduce congestion on our highways and lower transportation costs, using new infrastructure to benefit both companies and the West Point area. The inland rail yards enable Georgia companies to grow to meet the demands of the Southeastern states, while bolstering economic development across the state.”

With this new partnership, KMMG will move auto parts via rail from the Port of Savannah to the inland terminal in Cordele and then to West Point via motor carrier.

“Working with our state partners, as well as our suppliers, in this way not only benefits KMMG, but also increases efficiency, which adds value to the end product, ultimately benefiting our customers,” said Stuart C. Countess, chief administrative officer of KMMG. “We see this as another example of our company philosophy of continuous improvement.”

KMMG currently employs more than 3,000 team members at the West Point location. Together with local suppliers, Kia has created more than 15,000 jobs in the area. Following a $100 million expansion project in 2011, the plant has a production capacity of 360,000 vehicles per year.

“There is a direct cost savings to the importer,” said CIS President Jonathan Lafevers. “Furthermore, storage and handling fees are reduced or completely eliminated by utilizing Cordele as the origin and destination location for the containers.”

On July 22, the Georgia Ports Authority (GPA) Board of Directors, in conjunction with the state of Georgia, approved $19.7 million to fund the state’s second inland terminal – the Appalachian Regional Port in Murray County.

“Cargo can be loaded onto trains, moving hundreds of containers in a single trip, staged at an intermodal yard, then trucked for much shorter distances,” said GPA Executive Director Griff Lynch. “This model drives out waste and redundancy in the supply chain, delivering greater efficiency for customers and environmental benefits through reduced diesel consumption.”

Previously, the automaker would have trucked containers from Savannah to West Point. This agreement allows trucks carrying Kia parts to make much shorter hauls between Cordele and West Point.

Cordele Inland Terminal, served by short line rail providers, currently operates on 40 acres with the ability to expand on additional available land nearby. Service areas include southwest Georgia, southern Alabama and western Florida. Cordele was recently designated as an official container yard by shipping lines Maersk, NYK, CMA-CGM, MSC and ZIM which will save time and transportation costs for port customers.