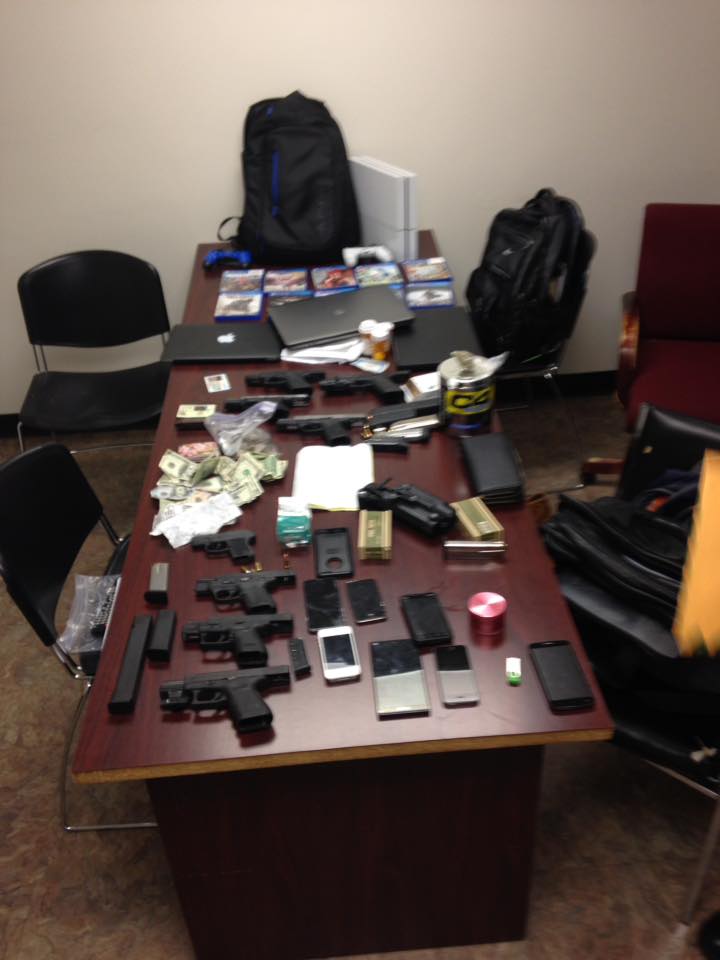 CORDELE — Deputies from Crisp and Dooly Counties were involved in a high-speed chase Tuesday evening, which resulted in the seizure of multiple guns.

According to reports from the Crisp County Sheriff’s Office on August 9, 2016, at approximately 6:15 PM, DFC Kris Herrick with the CCSO stopped a Gold Honda Accord, driven by 19-year old Alexandria Williams, of Chattanooga, TN for a speeding violation in the area of mile marker 97 northbound on Interstate 75. 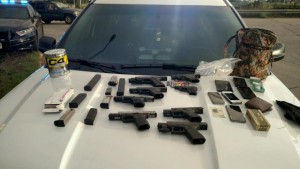 Herrick made contact with the driver and while talking with Williams, the passenger slid over into the driver’s seat and fled in the vehicle.  A chase ensued reaching speeds over 100 mph.  In the area of Exit 122 in Dooly County, the driver struck a guardrail and came to a stop.  The driver, 20-year old Quendarious Montez Johnson of Atlanta, GA and a passenger, 17-year old Alton Curtis Trimble, Jr, of Fairburn, GA, fled the accident scene on foot.

Dooly County Sheriff Craig Peavy, his deputies and TFC Bland of the Georgia State Patrol assisted in the manhunt which resulted in both offenders being taken into custody within several hours.  At the time of arrest, Trimble gave a false name to officers in an attempt to present himself as a juvenile.

A search of the vehicle resulted in the seizure of eight pistols, ammunition, marijuana, laptop computers, driver’s licenses, credit cards, social security cards, purses, backpacks, game stations and accessories among other items.  An intensive investigation between the Crisp County Sheriff’s Office, Ocala Police Department, FL, Federal Bureau of Alcohol Tobacco & Firearms, as well as other agencies in both Georgia and Florida, revealed these items were stolen in multiple entering automobile cases in Georgia and Florida within the previous few days.  Total estimated value of the recovered property is $25,000.00.

All three offenders in the case face multiple felony and misdemeanor charges including theft by receiving stolen property, theft by bringing stolen property into the State of Georgia, possession of firearms during the commission of a crime, identity fraud, fleeing and attempting to elude, speeding, marijuana possession, giving false name to officers, obstruction of law enforcement officers and various traffic charges.

Sheriff Hancock is thankful for the quick response and ongoing assistance from all agencies involved. We have had similar crimes involving entering autos in the past and feel fortunate to have the opportunity to assist other agencies and victims in recovering their property and prosecuting those responsible.

In a statement Sheriff Hancock released on Facebook he said, “The weapons were located on the floor in front of both male passengers, after watching the video I am thankful that the two chose a path of flight and not fight. Great job CCSO deputies on the stop, I am thankful you were not harmed. Thank you Sheriff Peavy and your staff for providing quick assistance and being there when the chase came to a sudden stop.”