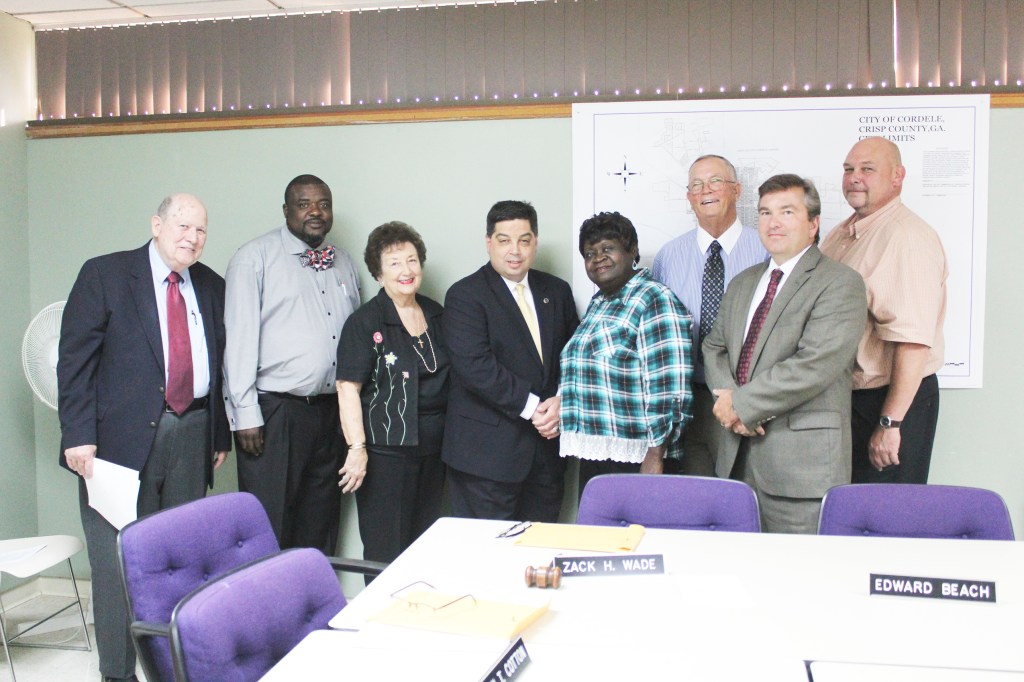 Rodriguez comes to Cordele from the City of Moutlrie and is a Georgia Certified Law Enforcement Professional with over 20 years of experience.

Commissioners welcomed Rodriguez, who will officially begin duty on September 1.

“I am glad to be here,” said Rodriguez. “I am available if anyone has any questions. I am looking forward to working with the City of Cordele.”

During his action report to commissioners Beach presented several items for approval. The first of those was to declare a 2000 International Model 4900 Fire Truck (Engine #9) as surplus property and to approve the sale of the truck to the City of Unadilla Fire Department for $35,000 for use with their department. The board motioned and approved the request unanimously.

Commissioners also approved a second reading to amend the Public Accommodations Ordinance. The amendments to the ordinance were taken from the findings of the recent Tourism Organizational Development Team visit to the city. It will provide changes to the current ordinance and the tourism contract.

Beach also requested commission approval to advertise the Tax Levy and Five-Year History of Levy calculated for 2016. It is required by law to advertise the levy prior to adoption of the millage rate. The board approved the request unanimously.

Commissioners also approved documents for the city’s participation in the Natural Gas Prepayment Transaction with Black Belt Energy Gas District and the Royal Bank of Canada. The City will purchase natural gas from this district over a 30-year period which will save the city approximately $1.8 million over the life of the transaction agreement. The board motioned and approved the request.

Commissioners also heard  reports from other departments before adjourning.