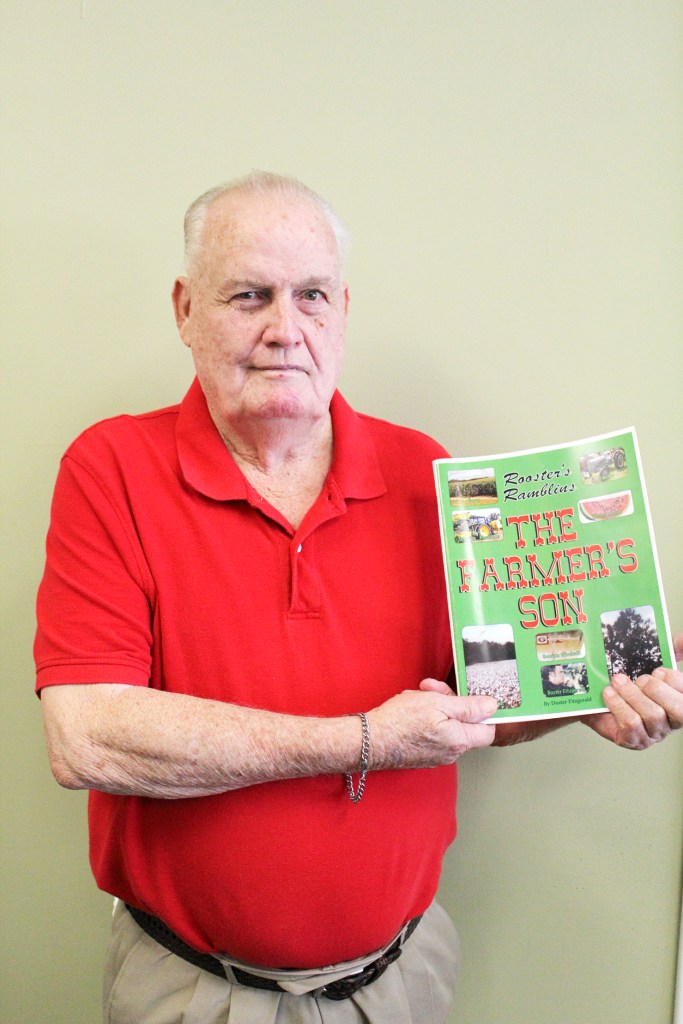 A fifth generation farmer himself, Fitzgerald’s book tells a vivid story of life during the 1868-1968 era. The story is told through a fictional family in Indiana during the Civil War era and beyond. They travel across country via wagon train to settle in Georgia.

“Some of my characters are named after friends,” said Rooster. “Folks like seeing their name in print.”

Fitzgerald begin writing after losing his daughter Dana to cancer in 2004. He started out writing Christian songs, writing a total of 13 for Shapenote Music. His second book was a compilation of both history and his songs he has written. It is entitled “Wilcox County to Wesley Chapel” and was published in 2012. Fitzgerald has a second publication of songs that was published in 2014.

Fitzgerald began writing a column “Rooster’s Ramblins” which publishes on Saturdays in the Cordele Dispatch. Since he began, he has released two compilations of his column entitled “Rooster’s Ramblins and Country Livin Volume I and II.”

“I love to ramble,” he said. “I admit I can get a little antagonistic sometimes, especially when I go off on a political tangent, but that is just me. So I started writing it all down and Rooster’s Ramblins was born.”

Fitzgerald says he is currently working to get his works set up for sale on line.

“I just haven’t gotten that far yet,” he said.