Dog rescue serves as friend to the furry 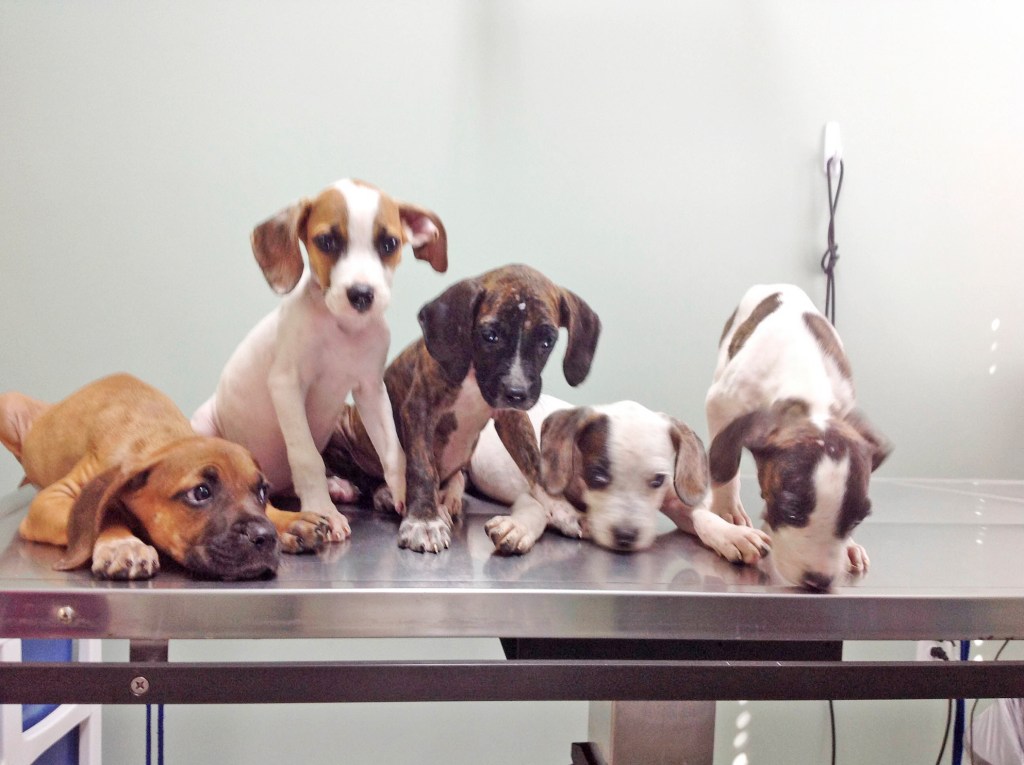 Submitted by Lake Blackshear Dog Rescue 5 brothers and sisters known as “The Dumpster Gang” after being found near a Broxton, GA. dumpster.

COBB  — Abandoned animals…. Unfortunately it is a sight that has become all to commonplace in today’s society.

They are man’s best friend, but just how good a friend is man? Every day in places all around the community and the world you can find a poor discarded dog or cat or a litter of puppies or kittens. Their owners, the people they love and depend on for survival cast them aside like yesterday’s garbage, leaving them to die… And many do. 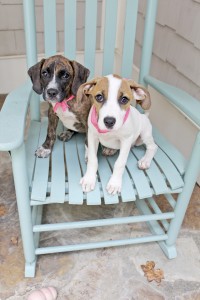 Becky Crissman/Cordele Dispatch
Two sisters of the group who are still in search of a new, loving family.

There are those fortunate enough to find people like Glenda Cannon. A friend to the furry, she is the founder of the Lake Blackshear Dog Rescue, a non-profit organization that takes in abandoned or surrendered dogs and cares for them while they await a forever home.

Cannon loves dogs and says it breaks her heart to see the condition some of the dogs she has rescued come to her in. Many are covered with flees, malnourished and underweight.

“It is so sad to me how heartless people can be when it comes to animals,” she said. “They hurt just like every other living creature. They feel sadness because the humans they love just throw them away.”

Recently Cannon took in five siblings found and rescued from a dumpster in Broxton, Georgia by a good Samaritan. Cannon said the lady who found the puppies was going to drop off a load of trash when one came out in front of her and almost got hit. She said when she got out of her vehicle the puppy’s siblings started coming up to her with the exception of two that she had to coax out from underneath the dumpster. The five sibling pups earned the nickname “The Dumpster Gang” after being brought to Cannon.
The three brothers of the group have been adopted but the two sisters remain in Cannon’s care awaiting a family to come and take them home.

“The sisters’ names are Sassy and Shy,” said Cannon. “They are eagerly awaiting a forever home.”

According to Cannon, the rescue operates mostly by word of mouth, taking in dogs that have been either abandoned or surrendered by owners who for some reason could no longer keep or care for them. Lake Blackshear Dog Rescue is a foster-based program. Cannon says they are always in need of loving foster parents to care for the dogs until homes can be found. The rescue will handle the dog’s medical needs and will also assist foster parents with feeding the animal.

“Foster parents are important because they help socialize a dog for adoption,” said Cannon. “Many have been abandoned and they are afraid.”

Cannon said she always post pictures of dogs that are taken in on social media in the event they are lost with an owner searching for them. If no one claims the dog they put he/she up for adoption. There is an adoption fee of $200 per dog. This goes towards shots, worm medication, spaying or neutering the dog. Sometimes donations given to the rescue can assist with fees.