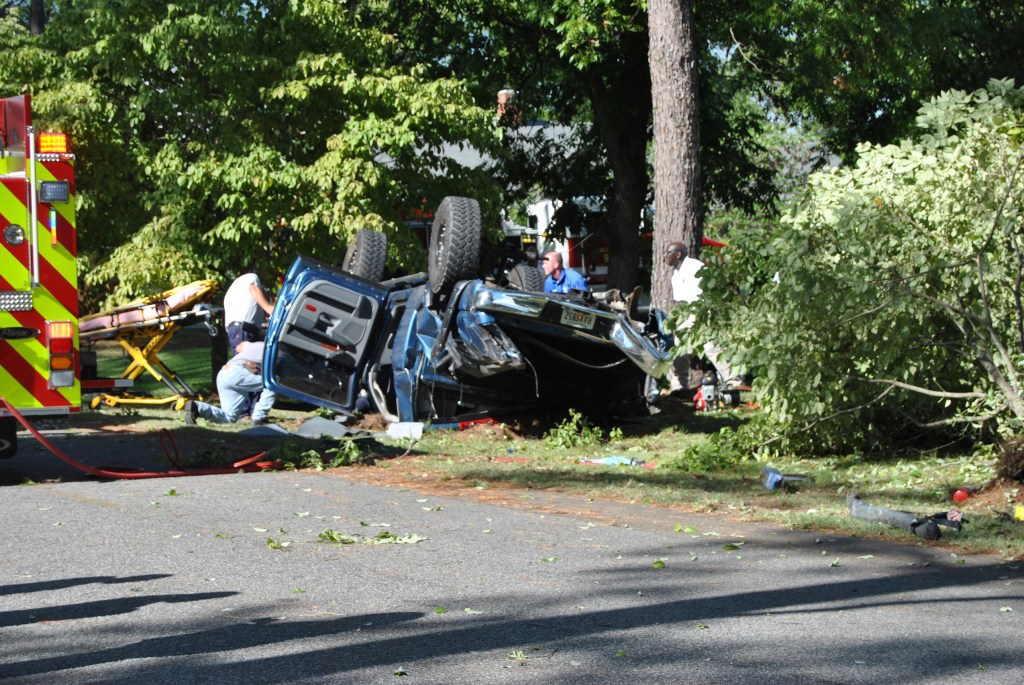 Becky Crissman/Cordele Dispatch First responders work the scene of Wednesday’s accident where the driver of the pickup was trapped inside.

CORDELE — A Dooly County teen was airlifted to a Macon hospital after his truck collided with a car on South 4th Street in Cordele. 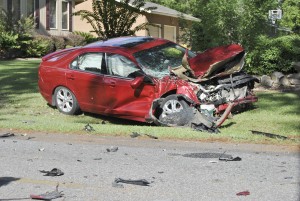 According to reports from the Cordele Police Department, officers were dispatched to the intersection of South 4th Street and East 20th Avenue in regards to a motor vehicle accident with one entrapment. Upon arrival they discovered an overturned 2006 Dodge Ram pickup truck with its teenage driver, trapped inside.

Police reports indicate the teen was traveling north on 4th Street when he failed to yield at the stop sign at the 20th Avenue East intersection striking a 2012 Ford Fusion driven by Ashleigh Elaine Alexander of Cordele. After the initial impact the truck overturned several times, striking and uprooting four trees before coming to rest on its top. Cordele Fire Department extricated the driver, who was transported by Crisp EMS to Crisp Regional Hospital and was airlifted to Macon Medical Center.

The teenager, who is from Pinehurst, was cited for failure to stop at a stop/yield sign.

Alexander was transported to Crisp Regional Hospital for examination, but sustained no injuries and was released. She was also cited in the accident for not having insurance.

Dog rescue serves as friend to the furry