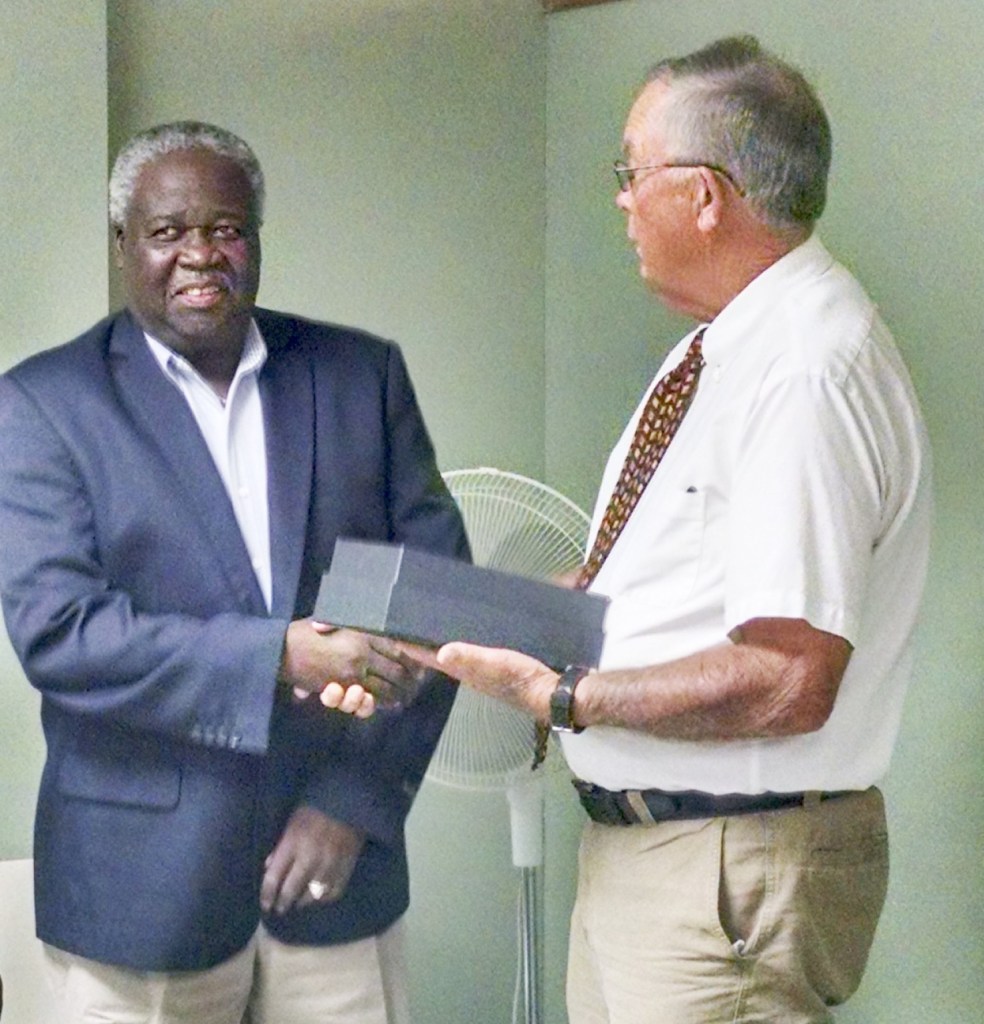 Becky Crissman/Cordele Dispatch Cordele City Commission Chairman Zack Wade presents a plaque to Lloyd Anderson, for his many years of service to the Cordele Police Department, to congratulate him on his retirement.

CORDELE — Before getting to the business of the city, commissioners took a moment Tuesday night to honor one of Cordele’s long-serving police officers. 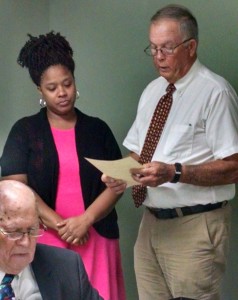 Commission Chairman Zack Wade presented a plaque to Lt. Lloyd Anderson, in honor of his retirement. Anderson came to work with the Cordele Police Department in 1981, serving the people over 35 years.

Commissioner Wade also read and presented a proclamation to Shakeveyia Daniels. The proclamation designated the month of September as Chiari Malformation Month in the City of Cordele. On September 17 awareness walks for the disorder will be held around the country. The local walk will be held at Crisp County Middle School. All proceeds from the walk will go towards Chiari Malformation research.

Moving on to new business, Commissioner Royce Reeves brought up a cemetery on MLK Way that has gone without being properly maintained and wanted to see about the city taking on keeping the property mowed and cleaned. City Manager Edward Beach advised the board upon request that he would look into the matter.

Beach then moved in to his report to commissioners.

Beach submitted a request for a parade permit to the board from the Crisp County High School Student Council for the Crisp County Homecoming parade. The event is scheduled for September 29 and will travel down 24th Avenue from Crisp County Pre-K to Stewart Avenue. They asked that the intersection of 24th Avenue and Pecan Street be closed from 5:30 p.m. until 6:30 p.m. for the event.

Also on the agenda, commissioners approved a request for a street closure by the Cordele Main Street and Crisp Area Arts Alliance. They requested the closure for the 100 East Block of 12th Avenue between 6th and 7th Streets for the co-sponsored Calypso Breezes event in downtown Cordele from 5:30 p.m. until 8 p.m. The commission approved the request.

Commissioners heard reports from various department heads. Chief Rob Rodriguez with the Cordele Police Department informed the board during his first official report that he would be having an officer present at every meeting if a situation were to arise. He also informed the board there were some vacancies in the department to be filled.

Debbie Wright with Public Works informed the board that the well levels were down another five feet. She advised that in September the wells will usually level off and the city got around 2 inches of rain during the recent storm.

Grant Buckley, IDA director, was present at the meeting and board members asked if he had anything to report. Buckley commented on the current state of the economy. Buckley informed the board that the unemployment rate is down 20% which accounts for about 130 more people are currently employed than there were last year. Buckley said he has not heard any negative comments from businesses in the area.