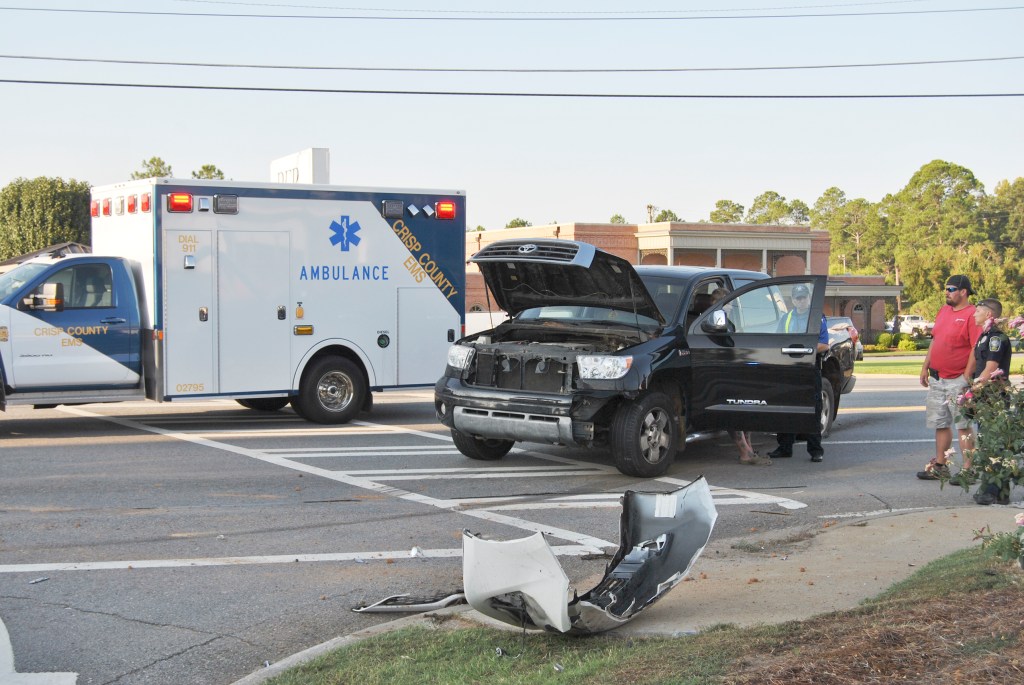 CORDELE — A local woman was taken to the hospital Tuesday morning after her car collided with a pickup truck. 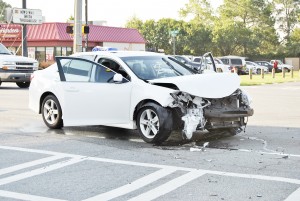 According to reports from the Cordele Police Department the accident occurred at approximately 8:14 a.m. A Toyota Camry, driven by 56-year old Debbie Adkins of Cordele, was traveling North on Greer Street and failed to stop at the red light. Adkins drove into the 16th Avenue intersection and struck a Toyota Tundra traveling west on 16th Avenue. The driver of the Tundra, 32-year old William Smith was not injured in the accident.

Adkins was transported by Crisp County EMS to Crisp Regional Hospital for treatment.