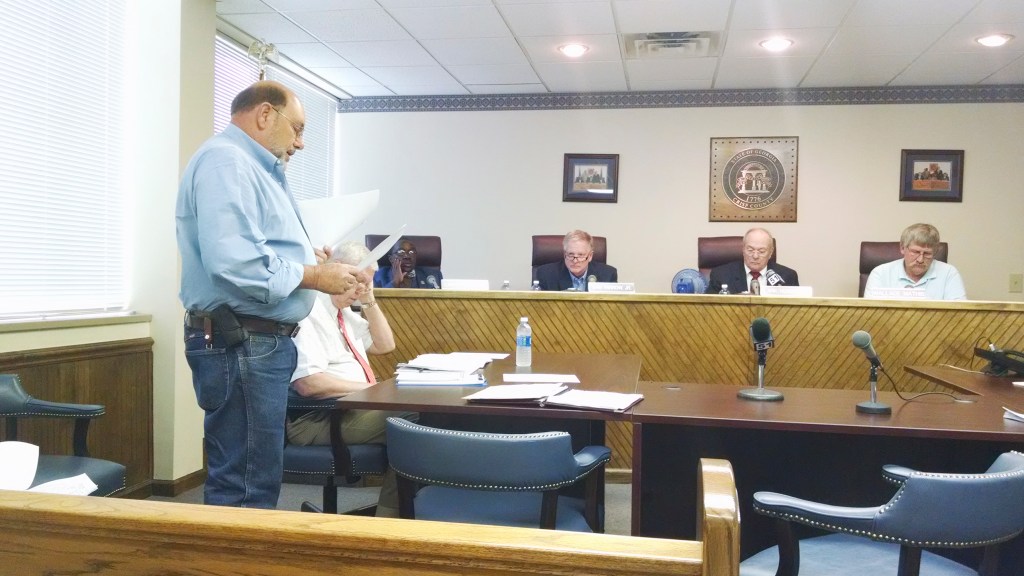 CORDELE — County Commissioners here held a public hearing in regards to a zoning request. The request was submitted by Lindsay Passmore for a Special Use Permit to locate a beauty shop in an RR (Rural Residential) zoned district, located at 4371 US Hwy 280 East.

The purpose of the hearing was to gain the input of other citizens in that area before making a decision as to whether or not to approve the request. Chairman Clark Henderson opened the public hearing and asked if anyone were present who would like to voice an opposition to the request. No one stepped forward to oppose the request.

Two citizens spoke in support of the request, believing it would be beneficial to the community and would provide a service in that area of the county. With no other citizens stepping forward to speak on the matter Henderson closed the public hearing. At that time the commissioners voted to approve the zoning request unanimously.

Henderson announced the Youth Development Center (YDC) was seeking some volunteer recruitment to speak to young people at the center.

Crisp County Fire Chief Jonathan Windham gave his report to commissioners. Windham said he is currently in negotiation with Dooly County in regards to a mutual/automatic aid agreement between the two counties to help provide a fire station on the north end of the county. Windham said not only will it be beneficial in regards to response time but will also improve the ISO rating which will also benefit residents on their insurance.

Public Works Director Carl Gamble submitted a bid for the Sanitary Sewer Improvements from CDBG 14p-Y-040-1Y5658. The bid was received from Popco Inc. for the amount of$449,267.38. Commissioners approved the bid.

“Crisp County has received a lot of grants in the past,” said Commissioner James Nance. “We are always appreciative of the work put into them.”

Sheriff Billy Hancock also gave his report to commissioners turning in a $50,422 check back into the county. Hancock said they are currently housing 40 federal inmates.

Commissioners handled several other items of business before adjourning their meeting.