Carter was sentenced by Judge Robert Chasteen, Jr., to an effective sentence of life without the possibility of parole and a consecutive five year sentence.

The conviction stems from the February 7, 2016, shooting of Safarez Kahn, a local convenience store owner, at his business Eastside Grocery in Cordele. Kahn was affectionately known to his employees and friends as “Pops.”

The evidence at trial demonstrated that at 1:00 a.m. as Kahn was closing his store with his employees, Carter came out of the shadows with at-shirt covering his face. Carter shot at Kahn seven times with a .380 Jimenez firearm, only hitting him three times with one round hitting him in the chest puncturing his lung.

Prior to his death, Kahn returned fire with his pistol hitting Carter in the leg.

These events were witnessed by two store employees.

Both men were found on the ground when law enforcement arrived.

Kahn died there in the parking lot of Eastside Grocery; Carter was transported to Crisp Regional Hospital where he received treatment for his wound.

The case was tried by District Attorney Brad Rigby; the Defendant was represented by Melvin Raines.

The DA’s Office extends its gratitude for a successful prosecution to the officers of the Cordele Police Department, Georgia Bureau of Investigation, and Crisp County EMS for their efforts in the investigation and trial. 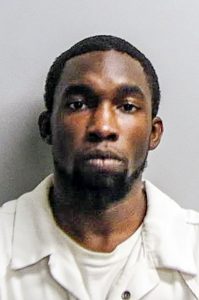