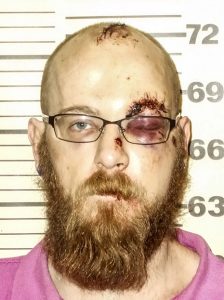 The Wilcox County Sheriff’s Office captured a wanted fugitive during the early morning hours of January 18, 2017.

Sgt. Bruce Carmichael and Deputy Justin Campbell were dispatched to Hwy 280 in Pitts in reference to a stolen vehicle. The complainant notified 911 that a vehicle had been stolen from his property.

After a brief car chase, the suspect was taken into custody with the assistance of Crisp County Sheriff’s Office.  Sheriff Rodgers noted that the suspect head butted the window of a Tahoe and that no fighting on either side occurred.

Brandon Mikel Connor is a wanted fugitive from the following counties:

This case is still under investigation.

Sheriff Robert Rodgers would like to thank Sgt. Carmichael, Deputy Campbell along with Crisp County Deputies for their hard work in arresting this fugitive.