After only sixteen minutes of deliberation, a Crisp County jury convicted Robert Earl Dare, Ill, following his two-day trial on February 27-28, 2017, for the offense of Possession of a Firearm by a Convicted Felon. Dare was sentenced to serve 5 years without the possibility of parole in the state prison system, the maximum sentence. He had been previously convicted for Burglary and Entering an Automobile, and Fraud.

The conviction stems from the July 2015 events which began with a domestic violence incident  in Wilcox County, where authorities responded but were unable to locate Dare. Eventually, Dare made his way to a relative’s residence near Grandview Drive in Crisp County.  Mr. Dare came into possession of a Norinco SKS assault rifle and hid out in the woods over night near the residence. Deputies from the Crisp County Sheriff’s Office, including Investigators Ben Bray and Cole Eason, responded to the residence following reports that Dare was spotted there in possession of the assault  rifle.

Following a search that lasted over five hours, including the assistance of the Crisp and Dooly County K9 units, Dare was located in a storage shed on the property and was taken into custody without further incident. Dare was represented by defense attorney, Andrew Dove; Assistant District Attorney Christian L. Brown handled the prosecution for the State; and the case was heard before the Honorable Chief Judge Robert W. Chasteen, Jr. 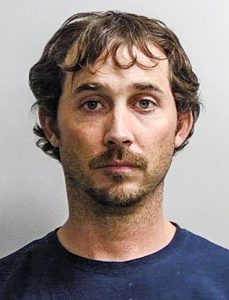