The Wilcox County Sheriff’s Office announced the arrest of two individuals due to the partnership between the Wilcox State Prison and the Sheriff’s office.

On February 19, 2017, SGT. Michael McDuffie was working the outer perimeter of the WST facility. SGT. McDuffie was notified by Wilcox 911 that someone reported seeing a drone flying in the area. Deputy Curtis McDuffie and Deputy Justin Campbell responded to the area. Abbeville Police Officer Cody Justice noticed a suspicious vehicle parked in the roadway near the prison. Officer Justice made contact with Kevin Rodriguez and Vanessa Villanueva-Chavarria from Clayton County. Officer Justice noticed a remote to a drone in plain view while speaking to the occupants of the vehicle.

Upon the arrival of responding deputies a search of the vehicle was conducted and a large amount of marijuana, tobacco and several cell phones were discovered. A search of the area was conducted, Deputies found that the drone had crashed in a yard nearby owned by the Department of Correction. Along with the drone approximately 1 pound of methamphetamine was found attached.

Rodriguez and Villanueva-Chavarria have been charged with the following:

Possession of marijuana with intent to distribute (Felony)

Sheriff Rodgers would like to thank the Department of Correction, Officer C. Justice, SGT. M. McDuffie, Deputy C. McDuffie and Deputy J. Campbell for a job well done in getting these two arrested and the seizure of the contraband. 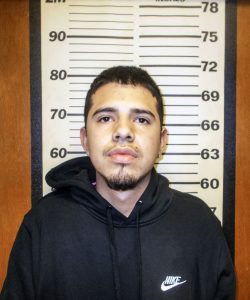 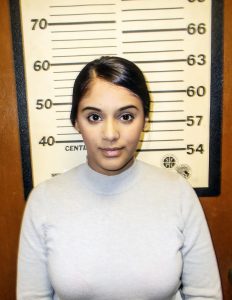 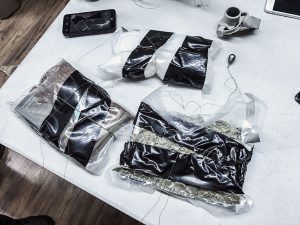