After only twenty minutes of deliberation, a Crisp County jury convicted Ronald George Ware, Jr., following his two-day trial on March 1-2, 2017, for the offenses of Felony Fleeing and Attempting to Elude a Police Officer, Reckless Driving, Driving on a Suspended License, Failure to Maintain Lane, Seatbelt Violation, and Driving on the Wrong Side of the Roadway. Ware was sentenced to serve 5 years in the state prison system with two years to follow on  probation.

The conviction stems from a May 26, 2015, concerned citizen’s call about a vehicle parked at the “Blue Hole” at Lake Blackshear. Two people were inside the vehicle and both were unresponsive. Local EMS, fire and Crisp County Sheriff’s Deputies responded to assist the persons in the vehicle. When Deputy Justin Childs responded to check on the  persons in the  vehicle, Ware, the driver led the deputy on a six-minute chase on Scenic Route, McKinney Road, and Coney Road. While on Scenic Route, Ware fled from the deputy at speeds of 90mph in a 35mph zone around the winding curves of Lake  Blackshear.

Now Sheriff Robert Rogers of Wilcox County, then a Crisp County deputy, blocked the vehicle driven by Ware on Coney Road where the chase ended. Ware was arrested wearing only his swimming shorts. Ware was represented by defense attorney, David Morgan; District Attorney Brad Rigby handled the prosecution for the State; and the case was heard before the Honorable Chief Judge Robert W. Chasteen, Jr. 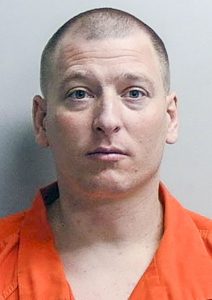