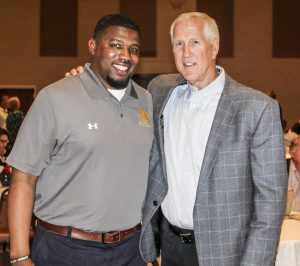 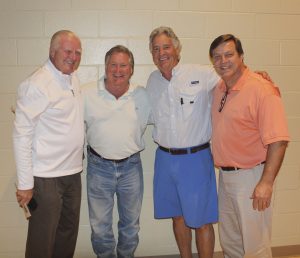 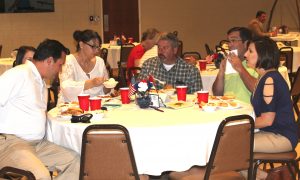 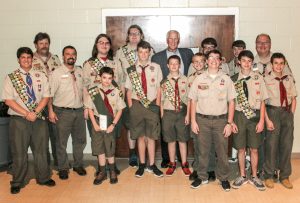 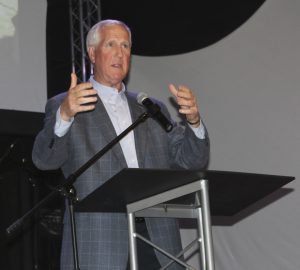 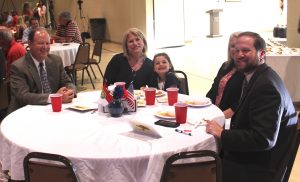 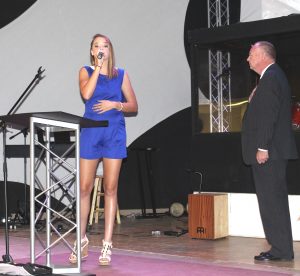 The local Boys Scouts, Troop 270, held their leadership conference meeting at the Cordele First United Methodist Church on Tuesday night.  The guest speaker was former Georgia Bulldog Head Coach Ray Goff.  The event allowed the local scout troop to raise desperately needed funds and at the same time to impress upon people and civic leaders the value and importance of the Boy Scouts.

Sheriff Billy Hancock served as the Master of Ceremonies, and there were countless local dignitaries and state and district Boy Scout leadership personnel on hand. On this night, the group raised over $32,000.00.  With the recent devastation that was dealt to Camp Osborn in January, funds will be needed for years to come to rebuild that which was destroyed.  Coach Goff in his address relayed a detailed analogy of the importance of leadership.  Sheriff Hancock, Event Chairman Rick Fallow, and others who spoke at the gathering of some 150 plus people discussed in detail the benefits of scouting and the many things it teaches young men. Fallow thanked the many people who aided in making this year’s event a success and all the Boy Scout leaders for their guidance.

Statistics were given and one that rings out to be remembered is that all but one man that has ever walked on the moon was a scout and that is leadership. The event was catered by TJ’s Restaurant.

Founded in 1910, the Boys Scouts of America is headquartered in Irving, Texas, and is the largest scouting organization in America with 2.7 million participants. There are many degrees of scouting starting with Cub Scouts. Less than 4% of all boy scouts ever achieve the prestigious Eagle Scout designation, but from ages 7 all the way to 21, the Scouts have something to offer.

The Boy Scout motto is “Be Prepared” and that means being in a state of readiness. Crisp County and the local 270 Troop have had five Eagle Scouts in recent years. If it were that all of us could live our life like the Oath of the Scouts.

“On my honor, I will do my best

To do my duty to God and my country and to obey the Scout Law;

To help other people at all times;

To keep myself physically strong, mentally awake, and morally straight.