What is it Worth 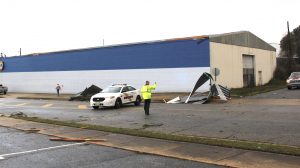 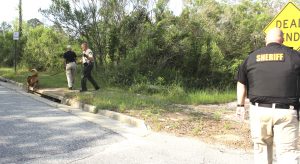 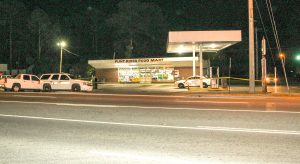 Most of us at some point in time have to make a decision on items we buy as to whether or not what we are getting is a value or not. Often times, though, we never consider our governmental services when we are talking about buying something. Well, really, that is precisely what we are doing.

Let’s examine the Crisp County Sheriff’s Office and the Cordele Police Department. None of us think about these entities on a regular basis unless we need them and then all of sudden, it’s hold everything, I want you here right now. Everything has a cost and if your life or the life of your child is at issue, how much is that worth?

Actually, this subject matter covers a wide variety of emergency services. Fire and EMS must be calculated under this matrix as well. However, for the purpose of this particular editorial, I will limit it to the Law Enforcement sector.

Now, many a days have gone by that I have heard the same old jokes about police, “Ah, just ride by the doughnut shop, and you will find them.”  In my life, I can honestly say I have never seen where that is true.

Over the years, I have noticed that the City of Cordele and the Crisp County Commission have always been very good stewards of the taxpayers’ money. There are not many instances of any over expenditures or money misuse to my recollection. We have been lucky and extremely fortunate in this area, because many municipalities and county governments in this area of the state can’t say the same. We have received, in my estimation, an excellent return on our investment in law enforcement. The dollars we have put into it as a community for the services we have received has been actually phenomenal when one sits back and thinks on the lowest paid law enforcement agencies in the country. You need not look any further than the State of Georgia and in particular, south Georgia, where many law enforcement officers are asked to risk their lives for low income to poverty wages.

The federal poverty line is $11,892 for individuals and $23,836 for a family of four. · The official poverty rate is 14.5%, meaning 45.3 million people in the US live in poverty, up by over 8 million since 2008. An additional 97.3 million (33%) of people living in the United States are low-income, defined as incomes below twice the federal poverty line, or $47,700 for a family of four. Taken together, this means that 48% of the US population is poor or low income, 1 in every 2 people. · More than 1 in 5 children in America (21.8%) are living under the official poverty line. Half of all children will be on food stamps before they turn 20, including 9 out of 10 African American children. · A study measuring “economic insecurity” found that 4 out of 5 (79%) of people in the US live in danger of poverty or unemployment at some point in their lifetime (defined as a year or more of periodic joblessness, reliance on government aid such as food stamps or income below 150 percent of the poverty line). · Only 48% of people could handle a $400 emergency expense without selling something or borrowing money. (Source The Kairos Center)

This means that many of our officers in and around our area qualify for some type of governmental assistance. It means that most all “Cops” work part-time jobs to make ends meet. Many often have to miss their kids’ ball games and other activities because they need more money to live on. This, my friends, is a darn shame and it certainly doesn’t bode very well for people like those of us from the south. We claim to be Christians the center of the Bible belt, yet we would send “John  Henry” the deputy out at night to face a crazed killer with little or no concern for his families well being on a day-to-day basis.

When legislators in this state make comments like “well, deputies know when they take a job like that they are going to have to get a part-time job as well”, it is time to change the way we do business in Georgia. As for the place I call home, I would only say if we truly want to bring in more and more high paying industries and jobs here, then we must be willing to invest in the infrastructure of our home. Our emergency services must be second to none, and the only way you are going to keep the best ones in our employment is to pay them.

So far since July 1 of 2016, we have lost 14 officers from the Crisp County Sheriff’s Office. One was dismissed, one took a part-time position, and 12 left our department for other agencies or for work in the private sector for more money. When you factor in that it cost approximately $67,000 to train one officer, then in the last fiscal year, we have taken a net loss of $938,000 dollars in good officers. Now, I am not just chunking out radical figures for the loss of officers, there are many costs associated in these calculations.

6. Soft costs such overtime for vacancies and loss of productivity and loss of experience.

Actually this list can continue, but everyone that owns and operates a business understands these cost factors.

Then, of course, we have the new state mandates to further strain our staff.  Let’s examine a few.

4. Remove Park Rangers from Veterans Park with 685,000 annual visitors and, of course, a strained Georgia State Patrol – that once had 15 to 17 officers at POST 30 and is now down to around 9 or 10.  This puts more on local law enforcement. The Governor did something to address the issue for the GSP and so should we.

Well, folks!  We can’t keep doing that, and it must stop.  If it were not for the fact that the Sheriff was an able-bodied grant request writer, we would be flat broke. Neither Sheriff Hancock or Chief Rodridguez  can make our officers stay here in our community when they can easily leave for huge raises not to far from here. A certified officer with no experience can go to Tallahassee Police Department and start out at 52,000 dollars a year. That is double what an officer here can start at and their cost of living is only nominally higher than ours.

The old argument that we are in the upper 25 percent of the communities – our size in rural Georgia, as far as pay goes, is at best a farce. We are using a benchmark that is way below even the most liberal  of benchmarks. When Gov. Nathan Deal announced last year that the state would be giving our State Troopers and GBI agents a 20 percent across the board raise, it was great to hear.  It was, however, several years behind, but better late than never. He did this because in about 5 to 7 years, the Georgia State Patrol would have been almost defunct.

I go back to my earlier statement about the Bible belt. The hypocrisy of people in the South, and I am one of them people living here, is this: By and far, southerners yell and scream louder than anyone about God, guns, and backing the Blue, but if you look at the demographics of what the law enforcement personnel make in the Southeast United States in comparison to the extremely liberal west coast and northeast – where stomping on and burning flags is a day-to-day occurrence and where people march and curse the police on a regular basis – then hypocrisy is the only thing I know to call the extreme under paying of our law enforcement personnel.

Yes, I am well aware of the fact that other sectors of our local governmental employees are also looking for raises, and I for one agree that many are entitled, but we have to start somewhere and this is a real good place. Oh and one more thing, our recent storms since the beginning of the year have been an excellent proving ground of just how well-trained our law enforcement, EMS, Fire and Rescue, and Power Commission personnel are and how well they respond to emergencies.

The days of evaluating and studying are over and what is needed now is action. As always, I welcome your comments.