The Crisp County Sheriff’s Office was called to the Sunrise Inn around 1030am in reference to a dead body. An elderly man who has been staying there almost 8 years was found deceased. The name is being with held at this time pending notification of next of kin. The decedent was originally from Florida. Crisp County Sheriff Billy Hancock said,” we are going to treat this death investigation as a homicide until evidence shows otherwise.” The local authorities called in the GBI crime scene technicians to handle the evidence gathering. Cordele Judicial Circuit District Attorney Brad Rigby was also on scene. “We will run down any leads and give further updates as we can,” added Hancock. The Sheriff later would add a person of interest who is wanted on a probation violation and for questioning in the death investigation. Anyone who knows of the whereabouts of Bennie James Johnson III is ask to call 911. The Sheriff wanted to make it clear that the suspect was wanted only for questioning and a probation violation. 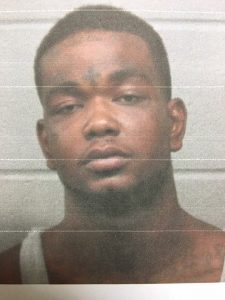 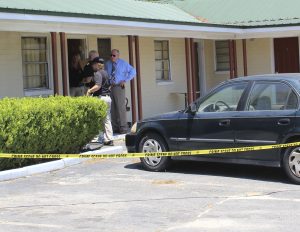