Cordele Judicial Circuit District Attorney Brad Rigby was listed in the May/June 2017 issue of James Magazine as one of “Georgia’s Most Influential Politically­ Connected Attorneys.”

“This is a humbling and impressive honor,” said Rigby, “It  was outstanding  to  see our efforts for the people of the Cordele Judicial Circuit recognized at such a high level.”

Other attorneys on the list include Gov. Nathan Deal, House of Representatives Speaker David Ralston, and Attorney General Chris Carr.

James Magazine describes itself as “An inside view of Georgia’s news, politics, and culture.”

The recognition of Rigby states, “Cordele Judicial Circuit  District  Attorney  Brad Rigby has been impressive in his aggressive prosecutions and with the early stages of  the  high-profile Tara Grinstead murder case.” 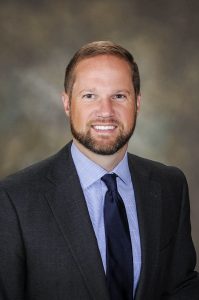