The Cordele Dispatch just learned that two weeks ago, Saturday, May 20, a shot was fired at an off-duty deputy and his friend as they attempted to apprehend a robber, who just struck at Advance Auto.

Wilcox County Sheriff Deputy Curtis McDuffie was off-duty and working out at Destiny Gym’s in Cordele with his friend Ronald.  McDuffie had stepped outside to talk on his phone, and Ronald was peering outside the gym’s window.   According to Ronald, he noticed an Advanced Auto store employee run out the front door, then two males came running out the front and sped away in a pick-up truck.  Continuing to observe the action, Ronald then noticed another male with a bandana wrapped around his face come out Advanced Auto’s back door.  At this time, he figured instantly that a robbery might have just occurred and ran outside to notify McDuffie, who was already making observance.  With the robber still in sight and running, McDuffie and his friend were off in fast pursuit after him at which point the armed robber fired upon them and the bullet whizzed between the two men.  It was at this time, Deputy McDuffie realized the robber was armed, and returned to his car to retrieve his revolver that was locked away in his vehicle.  However, the shooter was already gone by then.

Deputy McDuffie said that at the time, the only thing on his mind was to get back to his gun for protection and to protect others that the shooter might incur.  Later, he realized how thankful he was that he wasn’t hit and very grateful that he would get to see his family again.  He was also very thankful that his friend wasn’t hit.

Officer McDuffie, like so many others in law enforcement, put his life on the line to try to stop a criminal from continuing to be a menace to society.  McDuffie wants to be of service to the people, even after this close call.  “The situation angered me,” stated McDuffie. “I’m still glad to be in this profession to help people.”

Wilcox County Sheriff Robert Rodgers commented, “I’m real proud of Deputy McDuffie.  He was off-duty minding his own business when he saw a need and reverted back to his training and tried to apprehend a criminal.  We are thankful and very fortunate he and his friend were not hurt.”

Armed robberies have been plaguing the City of Cordele.  Since the beginning of 2017, there have been 13 of them.  Many in the community are calling for more police action in solving the rash of robberies and expedience in doing so to prevent anyone from being tragically hurt or killed.

To this end, the Crisp County Sheriff’s Office is working with the Cordele Police Department, and both agencies are putting up $3,500.00 each for a total $7,000 reward for the arrest and conviction for the recent armed robbery at Advanced Auto and/or other armed robberies that have occurred in the city.

Anyone with information, may contact the Crisp County Sheriff’s Office, the City of Cordele Police Department, or 911 Agency.

“The way we are going to solve this is through the networking of law enforcement agencies and for the citizens to take responsibility and say something,” voiced Crisp County Sheriff Billy Hancock.

Cordele Police Chief Rob Rodriquez stated, “To the community, the citizens of Cordele and Crisp – we need to rely on you as much as you need to rely on us.  We want to provide everyone an opportunity to remain safe, even the bad guys.  We don’t want this to escalate even to a point where the criminals are injured.  Reach out to us, and we will do everything in our power to insure everyone remains safe.” 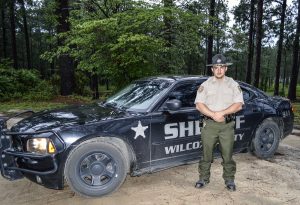 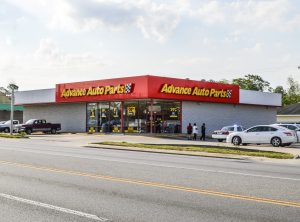 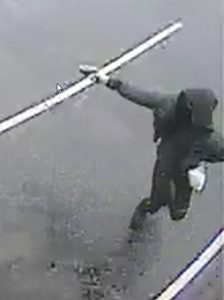