Hurt re-elected to Governor’s Board 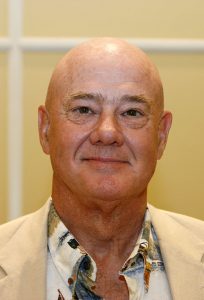 Jekyll Island, GA – James W. Hurt of Hurt & Associates in Cordele was re-elected to serve on the Board of Governors of the 49,000-member State Bar of Georgia and was installed June 10 during the organization’s Annual Meeting.

Hurt will continue to represent the Cordele Judicial Circuit on the board. He earned his law degree from the Walter F. George School of Law at Mercer University and was admitted to the State Bar of Georgia in 1968. His law practice is focused on civil cases, with an emphasis on those involving collisions, product liability, premises liability, in addition to estate planning and probate law and libel cases.

Hurt has been a special assistant attorney general since 1975, representing deprived and abused children.

The Board of Governors is the 160-member policymaking authority of the State Bar, with representation from each of Georgia’s judicial circuits. The board holds regular meetings at least four times per year.

The State Bar of Georgia, with offices in Atlanta, Savannah and Tifton, was established in 1964 by Georgia’s Supreme Court as the successor to the voluntary Georgia Bar Association, founded in 1884. All lawyers licensed to practice in Georgia belong to the State Bar. Its more than 49,000 members work together to strengthen the constitutional promise of justice for all, promote principles of duty and public service among Georgia’s lawyers, and administer a strict code of legal ethics.