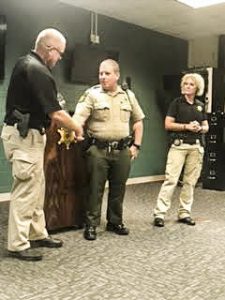 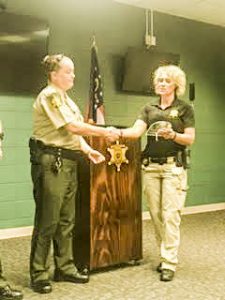 Crisp County Sheriff’s Office named their officers of the quarter recently at a small ceremony at the Law Enforcement Detention Center. Deputy Adam Davis first started with the Sheriff’s Office in 2010 as a detention officer and in 2012 was transitioned to road patrol as a Deputy Sheriff. Officer Michelle Knight began her career with Crisp County in 2015 as a detention Officer and is cited as consistently going above and beyond the call of duty.