ARRESTS MADE IN DOOLY COUNTY ROBBERY 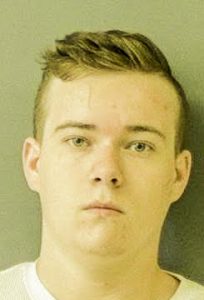 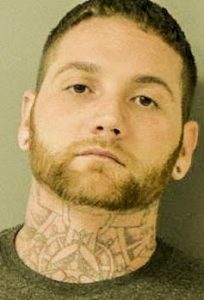 July. Their pleas stemmed from the robbery which occurred on October 23, 2016, at the Flash Foods on Pine Street in Unadilla. Anthony Scott Leisey, of North Carolina, entered and robbed the store clerk at gunpoint, getting away with approximately $80 in cash.

Leisey fled the store, and was seen speeding away toward the northbound entrance ramp of Interstate 75 in a gray Dodge Challenger driven by his co-defendant, Joshua David Lerner, also of North Carolina.

The clerk reported the robbery, providing a description of Leisey and the getaway car. The

Dooly County Sheriff’s Office responded immediately having other agencies search for the vehicle. An officer with the Perry Police Department reported seeing the Challenger at a Flash Foods off of exit 135 in Perry. The officer observed Lerner, the driver of the Challenger, exit the vehicle and dispose of some clothing in a trash can at the Flash Foods. After the Challenger returned to the interstate, officers stopped the vehicle and detained both Leisey and Lerner. Leisey was still in possession of the cash he took from the clerk at the Flash Foods in Unadilla. Investigators obtained video surveillance footage from both Flash Foods locations and located the silver pistol Leisey used during the robbery near the northbound exit ramp at exit 135. A trace on the firearm revealed that it had been reported stolen out of North Carolina.  Prior to trial, Leisey entered a Guilty plea to the offenses of Armed Robbery, Possession of a Firearm during the Commission of a Crime, Theft by Receiving Stolen Property, and Giving False Information to a Law Enforcement Officer. Superior Court Judge Denise D. Fachini sentenced him to serve a total of 20 years, with 15 years in the state penitentiary, followed by 5 years on probation.

Lerner entered a Guilty plea to the offense of Robbery, for his role in driving the getaway car and disposing of evidence. Judge Fachini sentenced him to serve a total of 20 years, with 10 years in thestate penitentiary, followed by 10 years on probation. Leisey is still facing separate armed robberycharges out of Valdosta, Georgia and Clyde, North Carolina.