Wiggins: “Get on board The Progress Train” 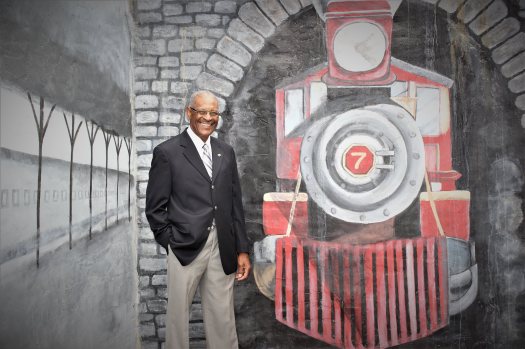 Editor’s Note: This is scheduled to be a nine part series each Tuesday profiling each of the candidates running for Cordele City Commission’s three seats.

CORDELE — In July, John Wiggins announced that he would be making a run for a seat at The Cordele City Commission.

In his announcement Wiggins said “I have lived in Cordele for over two thirds of my life. The people of Cordele have been really good to me and my family. I feel that it is time for me to give back for all that Cordele has given me.”

Before his announcement, Wiggins was a public servant for more than 46 years, including a member of the Crisp County Sheriff’s Office for 29 years. To show his commitment to campaigning he resigned from his part time position at the Sheriff’s Office in what was dubbed, “a second retirement,” to completely focus on the upcoming election.

“Cordele is a good city and has good people in it,” Wiggins said. “But I know that Cordele can be better than what it is.”

A major reason why he decided to run is a passion to see this city live up to the moniker it has been given — “The City of Progress.”

“Crime is on a rampage and there are other issues that this community faces,” Wiggins said. “Somebody needs to step up to the plate and start doing something about it.”

Having lived here for most of his life Wiggins has been able to see the impact that both negative and positive actions have had on the city.

“I want Cordele to be a place that our children can be proud of and they can get out of school and come back and make this their home,” Wiggins said.

Wiggins believes that his time as a public servant for the City of Cordele has allowed him to take on many roles including an administrator and service officer.

“ I think the skills and knowledge I have gained through working for the City of Cordele and Crisp County Sheriff’s Office has given me the ability to do this job, and to do it well.”

In his campaign slogan, “Get on board the Progress Train,” he stands strongly on getting unity amongst the commissioners to look at the crime issues in Cordele and what can be done to make the city a safer place.

He also would like agencies like the Sheriff’s Office and the Cordele Police Department to sit down and come up with a unified plan on how to prevent crime.

“The city is doing there thing and the Sheriff’s are doing there’s and that’s fine, but I think we can do better,” Wiggins said. “I think if we can come together and look to accomplish the same goals we can be better. Unity is strength.”

Recreation programs for children is another issue that Wiggins feels strongly about.

“I want to do things that will accommodate children more. Recreation opportunities being accessible to children ,” Wiggins said. “The kids need that.”

His final stance is looking at properties in the city that have become dilapidated. He wants to make owners proud of their property and in turn make the city look better to residents and visitors passing through.

Wiggins has already begun his campaign with a meet and greet set up for Thursday at the Cordele Community Clubhouse at 5:30 p.m. along with campaign signs.

“I want people to jump on this train and I want them to be involved and help this city progress and live up to it’s name.”