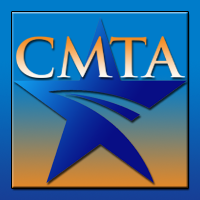 CORDELE — The thought of losing sight scares many people. The ability to not see what is in front of you or to not be able to see a clear blue sky can be petrifying. But for Quentin Martin, that was reality.

At age of 11 years old, the diagnosis came; he was told he had Charcot Marie Tooth Disease. The disease, pronounced (Shark-O Marie Tooth) is a neurological disease of the peripheral nerves controlling the muscles. Doctors describe CMT as a slowly progressing but currently incurable disease that affects 2.8 million people worldwide.

“ I was like any other boy,” Martin said. “I was stunned. My mom tried to slow me down.”

Martin was an avid lover of the outdoors but his mother noticed he was having trouble walking by the age of eight or nine years old.

He remembers always being in various doctor offices, wondering what was wrong with him. It wasn’t until he met a doctor in Albany, Dr. John Baker that officially diagnosed him with CMT.

At the age of 12, he fell out of a tree and began to lose his sight. As a result, he moved away to Macon and attended school at Georgia Academy for the Blind.

“I had fallen into a deep depression at the time because of the vision,” Martin said. “I was wearing the leg braces and didn’t let it get in my way, it was really the blindness that got me so depressed.”

Attending the Academy though was the best thing that could have happened to him he said. One major reason he got out of his depression was swimming.

“They encouraged me to join the swim team and to do things that others didn’t think I could do,” Martin said. “They got me out of my shell.”

Living in Macon and being away from his family was tough and homesickness sat in.  He attempted to come back home but public school was not a good fit for him as people picked at his handicaps. Sick and fed up with how public school worked he returned to Macon and continued to attend school there until graduating with not only a diploma, but also a new sense of confidence and hope.

“I loved it there, during my senior year my church had a prayer vigil for me and over the next few weeks I started to regain my vision fully enough to get my drivers license,” Martin said.

Ironically, a man that for years sight was declining, he pursued and achieved a degree in photography, something he still to this day does as a hobby.

Martin now is 49 years old, in a day and age where medical advances seem to be discovered on a daily basis. Although he has the mildest form of CMT, classified as type 1A.

People with this type of CMT have distal muscle weakness and atrophy, sensory loss, and slow nerve conduction velocity and symptoms show between the ages of 8-25. The positive that he looks at is less than five percent of people are bound to a wheelchair.

Today, there is still not much known about the disease, but every year Martin has been out raising awareness and for the future will continue to do.

For now he’ll continue to live the life he was given and regret nothing.