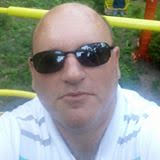 CORDELE — A decade ago Crisp County Commissioner Brad Faircloth was fighting for local government. Flash-forward to present day, he’ll be taking on a new fight, this time a legal one.

Faircloth is one of six individuals, including his son, Kenneth Bradley Faircloth, Jr. and current Hillsborough School Board candidate Kelso Tanner associated with the business Title Cash Express.

The three men, employed at Title Cash Express, along with three other individuals were formally indicted on a total of six counts of Theft by Taking on September 5. The Houston County Assistant District Attorney filed the indictment on September 5.

Faircloth has been indicted on all six counts. According to Houston County Assistant District Attorney Gregory Winters, the six charges are all classified as felonies.

In the indictment, four of the charges state Faircloth was in breach of his fiduciary responsibility.

In layman terms, Winters says fiduciary responsibility can be compared to a teller at a bank or a cashier at a grocery store in that they handle money and have a responsibility to keep track of money being exchanged.

According to the letter of the law, each count of theft by taking because of breach of fiduciary responsibility can carry a sentence of 1-15 years.

Winters says the next step in the legal process will be the arraignment, which is where the six defendants will enter a formal plea of guilty or not guilty.

“It is safe to say arraignment for this case will take place by the end of the year or the start of next year,” Winters said. “It is out of our hands right now, the calendar clerk is the one that will schedule the arraignment.”

Faircloth served as a County Commissioner from 2005-2010 before moving away and eventually settling in Warner Robins.

Other individuals charged include: