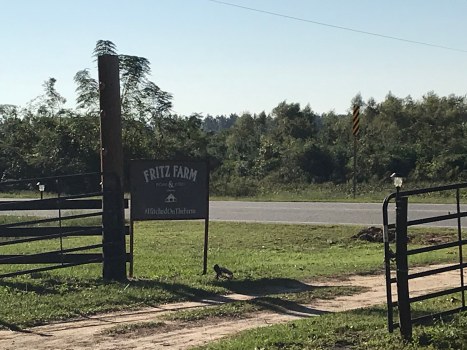 CORDELE — For many residents in Cordele, Southwest Georgia, Florida and beyond Hurricane Irma damaged power lines, property and displaced individuals.

Throughout the storm, while citizens took cover, hundreds of first responders across the South began to clear debris, felled power lines and ensure residents were safe.

As a way of thank you and to support the first responders Amy Brown of Fritz Farm has teamed up with Crisp County Billy Hancock and the Sheriffs Office to throw the Hurricane Hoedown, with the proceeds benefitting first responders.

The Fritz Farm were finishing up the plans on a Beer, Burgers and Brats event to be hosted there when Hurricanes Harvey and Irma battered the Southeast.

“We saw the devastation and said ‘We’ve got to do something’, we can’t just sit by idly,” Brown said.

That decision led them to flip the event and Brown reached out to Crisp County Sheriff Billy Hancock for help on who the event should benefit.

Brown says the money raised will go towards police officers, sheriff deputies, linemen, nurses and anybody that was in the line doing their job during the hurricane.

“We realized that one officer died in Houston, two died in Florida and there was a lineman injured here in Georgia,” Hancock said. “It just came out that we should do something for their families since they were putting their life on the line.”

The event is set to take place on Saturday beginning at 6:30 p.m. and is filled with things to do.

“People can expect the Georgia-Tennessee game on in the barn. We’ve got a huge T.V. in there with surround sound and speakers, “ Brown said. “It’s a combination of being at a sports bar, a live concert with Joey Recker’s music, it’s craft beer and food.”

Prior to the event being changed to the Hurricane Hoedown, Brown said they would have around 100-150 people there to provide an intimate atmosphere where they could tend to the needs of their patrons. Now they have raised the amount of people to 200 and have set a goal to raise $10,000.

Tickets are currently $50 and can be purchased on the Fritz Farm’s website at fritzfarm.com.