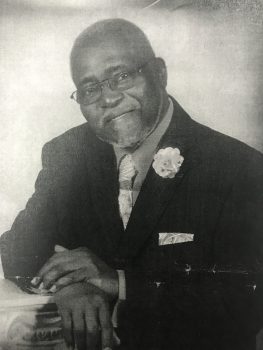 CORDELE — Dr. Erskine R. Weaver is a name that is engrained in the education system in Crisp County. A man future educators will model themselves after, not because of his accomplishments in the classroom, but his presence and effect in the community.

Weaver spent his early years in Birmingham, Alabama before moving to Atlanta to attend Morehouse. While he was there he majored in history, while double minoring in English and Education. He moved southward to Valdosta to obtain not one, but two master degrees at Valdosta State College.

He was awarded the Gold Medal for the Community Project ESTEEM by President Bush, but what might stand out most was his dedication to Crisp County.

To top it all off he served on the Board of Education as the chairman and in his free time was a musician for Hines Memorial C.M.E., Behtel and Mt. Zion F.A.B. Church.

Late in Dr. Weaver’s years he continued his pursuit of knowledge and education, obtaining the Doctor of Arts in Educational Administration on April 7, 2008.

Many times we’re told not to spread ourselves to thin, lest we not be able to give our full attention. Weaver touched all parts of the Crisp County Community — an active member at Bethel C.M.E. Church, a renowned educator and an honorable man.

Last week Mr. Weaver passed away, leaving behind not only three daughters and five grandchildren, but a legacy that many children and educators, alike can aspire to be.