One shot in Armed Robbery 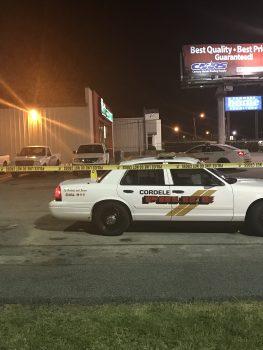 CORDELE — Cordele Police are investigating an armed robbery that occurred at the O’Reilly Auto Parts store on Wednesday night.

According to Detective Lieutenant Carrie Lull, one of the employees, a clerk at the auto shop was shot during the robbery. Lull says the injury was not life threating and currently they do not know the amount of goods that was taken.

Initial reports have the prepetrator as a single black male that committed the robbery.

“We really need the citizens to come forward if they know of anything,” Lull said.

Employees of O’Reilly Auto Parts declined to comment citing any press release would come from their corporate office. Crisp Regional Hospital also declined to confirm or deny whether the injured individual was admitted to their hospital due to patient confidentiality.