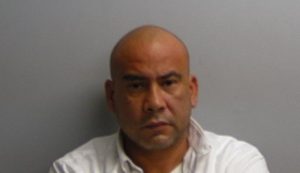 occurred from 2011 and 2012 to a five year old child. Since the original outcry from the child,

the case was investigated by Lt. Teresa Miller of the Crisp County Sheriff’s Office. First, the

child was interviewed by the Crescent House of Macon, Georgia; and following a second

disclosure, the child was later interviewed by the Gateway Child Advocacy Center in Cordele,

Georgia. This child was not related to the defendant Vigil.

Assistant District Attorney Kevin Hutto prosecuted the case for the State, while the

Defendant Vigil was represented by Shawn Hoover. The jury also acquitted Vigil of one count of

Aggravated Sodomy. The sentencing for Vigil will be conducted at a later date by Judge Chris

The District Attorney’s Office would like to express our appreciation to Lt. Miller of the

their hard work and dedication to bring justice to the child victims of crime in our county.