Rep. Patty Bentley hosted the Annual Mayor’s Breakfast for HD 139 on Dember 15, 2017.  The breakfast meeting was held at the Ag Technology Center on the campus of Fort Valley State University.  The officials present had a chance to communicate with their State Representative about issues of importance impacting City Government before the 2018 Georgia General Assembly session. 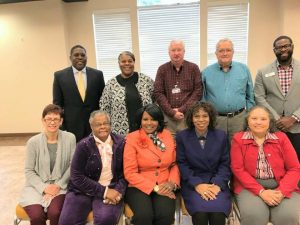